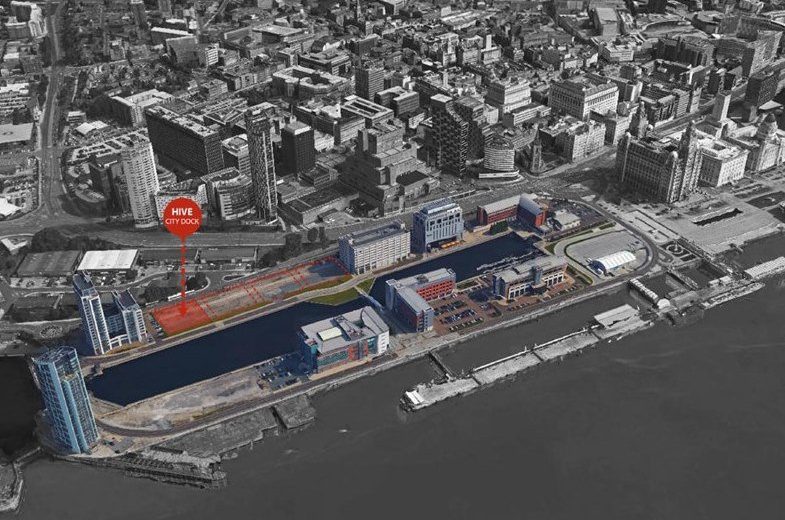 Your Housing Group (YHG) has announced plans to build a 30-storey apartment building on Liverpool’s waterfront.

YHG is planning to build the 276-apartment tower block at Princes Dock on Peel’s Liverpool Waters development site. It has been designed by Brock Carmichael Architects. The proposed £48m development would be YHG’s third build-to-rent development, although the first in Liverpool, and would be marketed under its Hive brand. YHG expects to submit a planning application for what it calls Hive-City Docks in early 2017 and begin work later in the year, subject to consent. News of the plans comes just a month after developer Moda Living received consent for a 34-storey tower on an adjacent site.