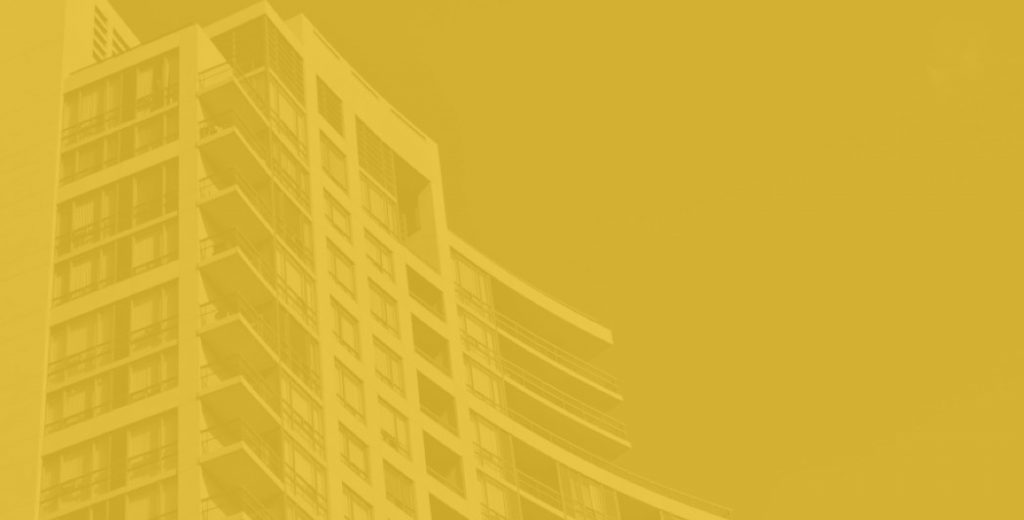 Liverpool Cladiators, with the support of local councillors, Engage Liverpool, and End Our Cladding Scandal, are holding a public rally, at 2:30pm on Saturday 11th September, outside the Victoria Monument on Derby Square, to raise awareness of the issues faced by leaseholders in the city, especially around unsafe cladding.

Since the Grenfell Tower disaster, cladding on many apartment blocks has been declared unsafe. Leaseholders in these blocks have been left facing massive bills, and many are at risk of bankruptcy. Engage has previously covered the plight of apartment blocks in the city centre facing this issue, including Circle 109, Royal Quay, The Unity Building, and 1 William Jessop Way.

Liverpool Cladiators are calling on the government to deliver on its commitment that leaseholders should pay nothing to fix unsafe buildings. If you’re a leaseholder at an affected block, or just want to find out how you can support the movement, please attend their rally on Saturday 11th September. 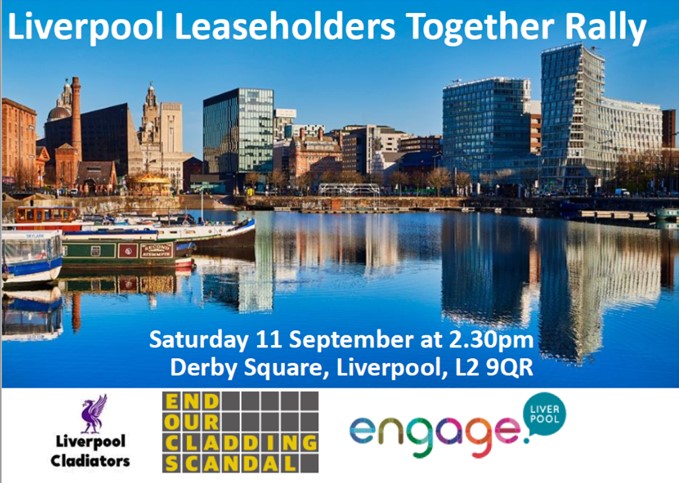 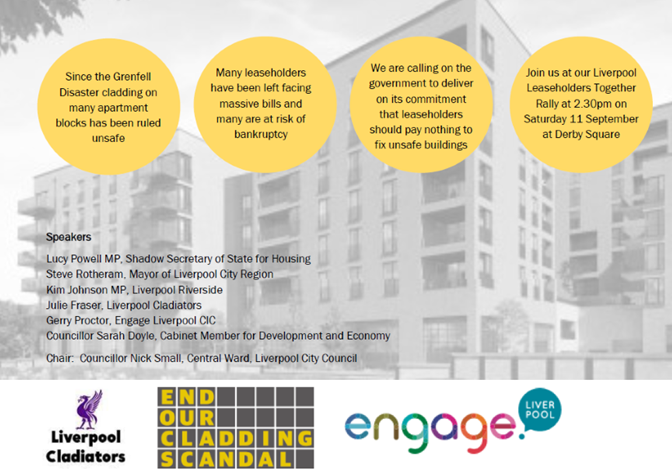