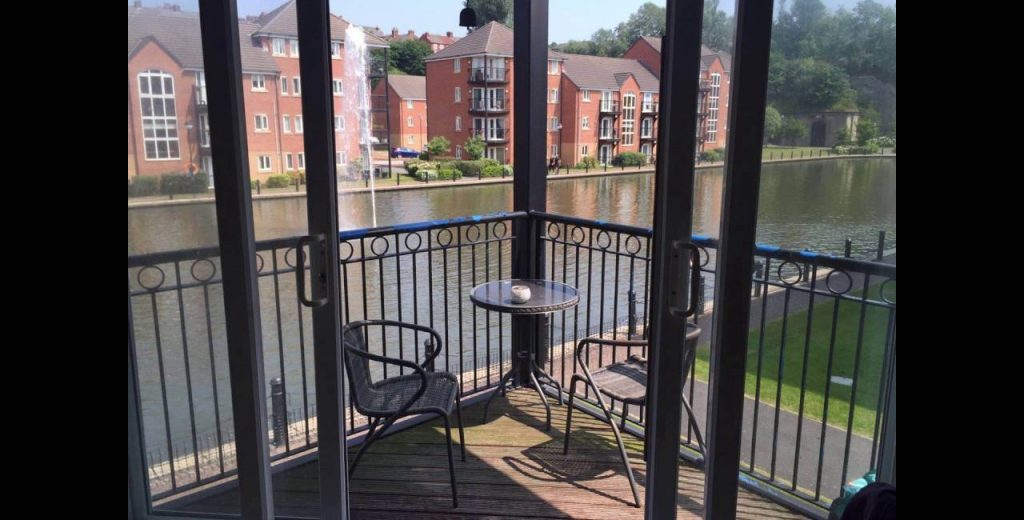 Balconies – if only there were more of them.

One of the most moving scenes on social media during the current coronavirus pandemic has been watching videos from Italy and Spain showing residents communicating by song, music, applause, even exercise, from their balconies. Something similar took place in Liverpool this week with the “clap for carers” at 8.00pm on Thursday 26th March with many residents across the city centre and waterfront joining in from their apartment balconies.

Above: A balcony in the City Quay apartment complex, at Ellerman Road on the former Herculaneum Dock. 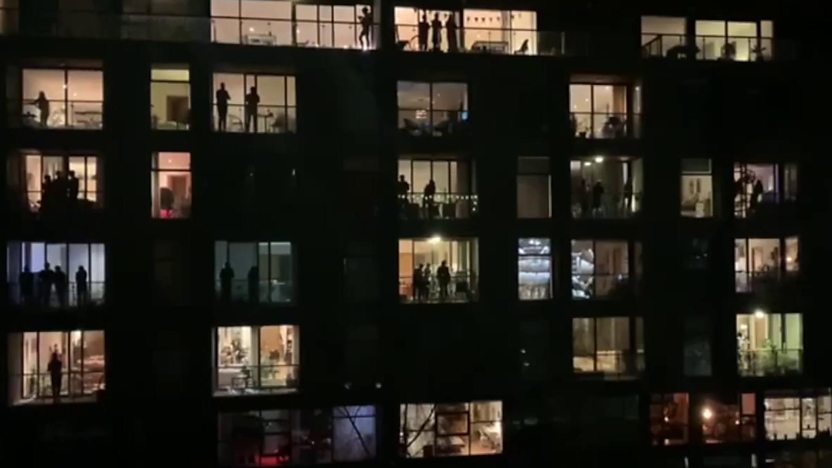 In 2015 Engage ran a seminar series entitled Liveable Liverpool – apartment living in a European city and one of our speakers, Alessandra Cianchetta from Paris told us how important it was in the design of Paris apartments that they all have as large a balcony as possible, to enhance the living area of Paris’s small flats. At the time and since then this has not been the practice in Liverpool.

Our Engage Board member Diana Heredia, a city centre resident with her family, wants to share this reflection with you:

“When I first moved to Liverpool my partner insisted on finding a flat with a balcony whilst I was intent on a bathtub to relax in. A balcony he argued was an important space to step out of your house while still not being out in the public domain. It constitutes a private space outdoors where one can breathe fresh air, watch the world go by and connect to it. I was bemused by his insistence and couldn’t understand how anyone could not see that a bathtub was far more beneficial, but in the end we were lucky and found a flat that had both.

Ten years later it materialised that we had used the bathtub very occasionally, finding the shower much more practical, rendering it a luxury, whilst the balcony quickly proved itself to be an essential. The balcony turned into our alfresco eating place every time the sun was out and with time even when the temperatures would just suggest a hint of spring. When the children started to get interested in nature and brought home the first bulbs for Mother’s Day from nursery we started planting every spare spot with anything that would grow on our windy deck. After a while there was a remarkable variety in very small pots that gave us joy for years. It wasn’t the most comfortable of places to sit out or move around in, but it was bliss.

As the coronavirus takes hold of the world and we are forced to cut ourselves off from the outside world, balconies prove to be essential outside spaces for many people. With impromptu concerts, gym sessions, and even weddings being conducted on them, I can’t help but wonder how people manage without them.

This is one of the reasons why I believe that every city worth its council tax should have informal spaces like pocket parks and resting zones where people can take a break and have some respite: They need to be breathing spaces from consumerism, from being advertised to, maybe even from our own four walls and the people we share them with. These places should be a short distance from our homes, especially for people who don’t have the luxury of a garden, yard or even just a balcony. Every block should have at least one.

I’ve been watching informal spaces and walk-throughs disappear in the Ropewalks in the last few years, every square that allowed a connection between parallel streets, but was regarded as economically worthless, falling prey to development and privatised and thus closed to being inhabited by people just wandering past, strolling, exploring and enjoying different  perspectives.

These spaces could with little effort have offered a place of respite to people who need a breather from self-isolation in the city centre and are incapable of walking or driving longer distances to the river or one of the larger parks. They could have offered a space to breathe fresh air, catch a bit of sun and escape the confinement of small flats in times of crisis or when pubs are not an option. It is too late for our generation to declare informal spaces like these valuable, but future town planning must factor intangible benefits that cannot be monetised into the worth of a city, as much as building regulations should demand that an outside space is of as much importance in any building as a bathroom.”