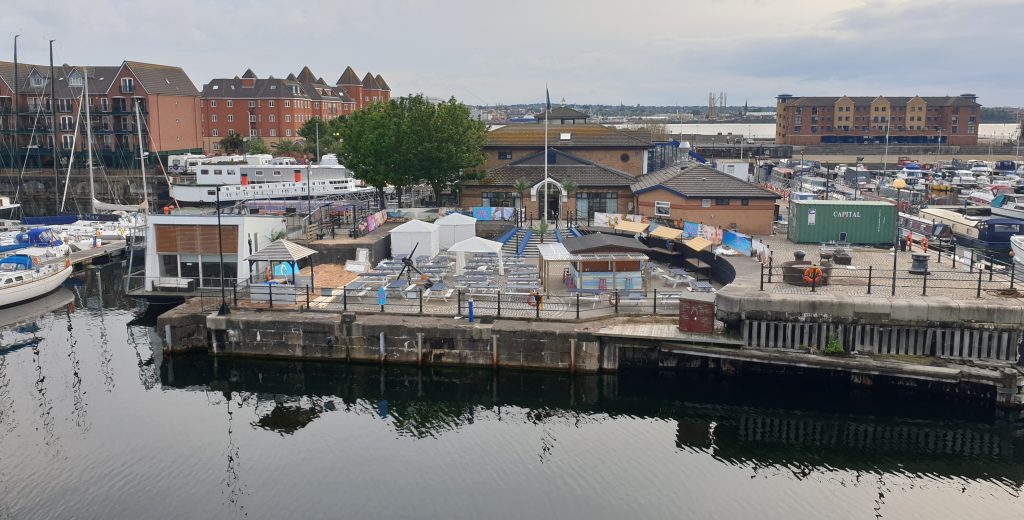 Following an open-air event on Sunday 5th May, organised at the Yacht Club Bar and Restaurant at the Marina on Coburg Wharf by Six15 Events Ltd (with contact details in Preston) and branded The Beach Club, a number of residents have expressed a growing anxiety about what this might herald for the future.

At first it was thought that it was going to be a one-off but then a few days later an article appeared in the Echo informing everyone that ‘Liverpool (is) to get a brand new Ibiza style ‘beach club’ this summer on the waterfront’. It seems that the idea is to throw a party every weekend in the summer. There has been no consultation with residents about these plans, which have come out of the blue, and whilst everyone realises that people have a right to party every now and again to expect locals to put up with this level of disturbance every weekend is not what people expected when they bought an apartment in one of the quietest and most peaceful parts of the waterfront.

Residents are hoping there will be opportunities to revisit this decision and that the council will be willing to step in and support their case that this area should remain a uniquely peaceful part of the waterfront and dock system. Residents themselves at first thought they had discovered that there didn’t seem to be a licence held by Harbourside Marina Ltd for outdoor music events which seemed to imply that what occurred on 5th May was done without permission. You can read the licence agreement HERE. However it has subsequently been revealed that they do have a licence agreement that isn’t shown on the public record.

The next Ibiza Beach Party  is due to be held Sunday 26th May from 12.00 noon so it is important that if the noise level is disturbing local residents then you can complain through using the on-line form for Noise Complaints.

Liverpool City Council Licensing Department have been out to visit the premises as a result of residents concerns and have issued a very helpful clarification of the present situation:

“Although the premises has a condition to close windows and doors at 11.00pm, there is a licence in place for the external area/Lower Deck which can be used until 22.00 daily. As discussed under the Live Music Act, Music can be played without requiring a licence when alcohol is being sold up until 23.00 daily for less than 500 people, with this in mind no breach of licence is taking place. Environmental Health are investigating noise under their legislation, they monitored last weekend and have visited the premises this morning, when they were informed that the event proposed for this weekend is now cancelled.  They will continue to monitor the premises. We take complaints very seriously, we will continue to keep the Premises on our agenda.” 24.05.19

It is really good to know that the anxieties of local people have been responded to immediately and we look forward to things being resolved to everyone’s satisfaction.