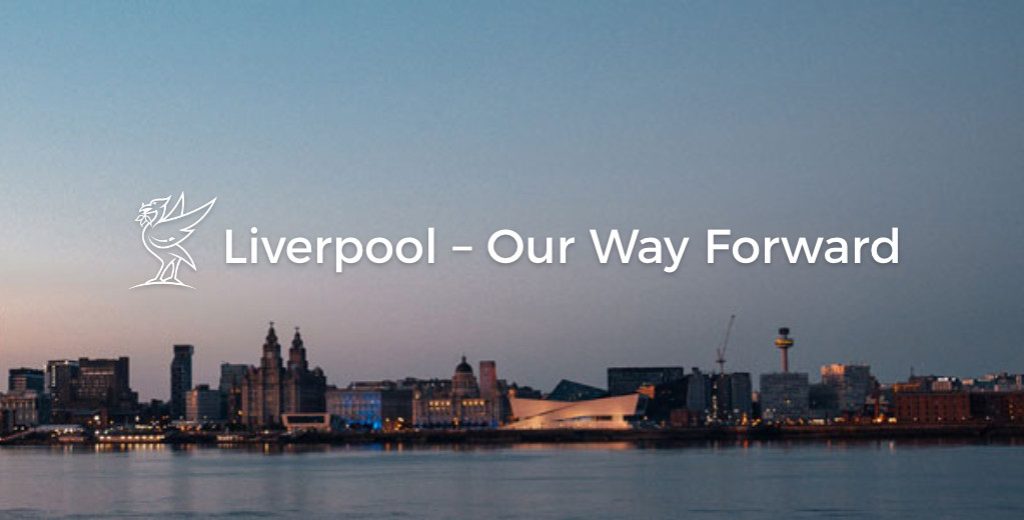 How do you want Liverpool City Council to be run? That’s the question facing residents as the council launches a three month consultation on whether the current position of Mayor should be replaced with either a leader and cabinet model, or a committee model… or be kept as it is!

The council has launched a website which goes into detail on the current Mayoral model, as well as the alternatives:

The decision on which model of governance Liverpool City Council follows is perhaps the largest shake-up in power since the post of Mayor was introduced in 2012. There is no single ‘right answer’ here, and the choice made by the people of Liverpool will reveal both our trust in directly elected leaders, and our appetite for change.

The consultation runs from Monday 28th March 2022 to Monday 20th June 2022, and everyone who lives in Liverpool is invited to have their say, via the “Our Way Forward” website.

Once the consultation has closed, its results will be reported to a Full Council meeting, and the councillors will then make the final decision on whether to change the current system, taking the consultation responses into account. If a change is agreed, it would take effect from the local elections in May 2023.

The council had originally planned on holding a referendum on the choice, on the same day as the UK’s May 2022 local elections. However, after it was revealed that Liverpool would be skipping this year’s 2022 elections (as a result of the boundary changes and switch to 4-yearly “all out” elections for local councillors, recommended by the government’s devastating ‘Best Value’ report), rendering a stand-alone referendum financially impossible, it was replaced with the three month consultation that launched yesterday.

Engage strongly encourages everyone to take part in the consultation, either online via liverpoolourwayforward.com, or by requesting a paper form from: Electoral Services, Liverpool City Council, Cunard Building, Water Street, Liverpool, L3 1AH. Responses must be submitted by 20th June 2022.