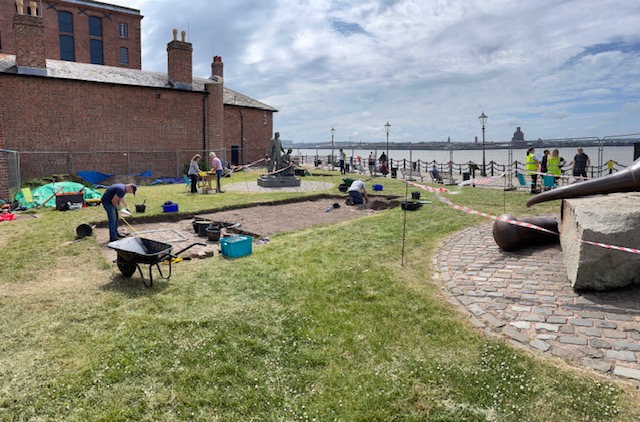 Local residents were invited by National Museums Liverpool (NML) to join their professional archaeologists on an exciting excavation project based at the Royal Albert Dock and many volunteered and have taken part in this amazing venture.

Engage publicised information back in March and a number of local people read our article Excavate at the Albert Dock – An Invitation! and applied to join the NML archeologists working away in their neighbourhood. We are delighted to share with you some further news from Liz Stewart, Lead Curator for Archaeology and the Historic Environment at NML:

As we reach the halfway point of the Piermaster’s Green community dig there’s lots to report!

The excavation aims to explore the history of everyday life at the docks https://www.liverpoolmuseums.org.uk/stories/digging-docks-past by revealing evidence for two houses which were home to dockmasters from the 1850s to the 1950s. The houses are two of four originally built for Mersey Docks and Harbour Board staff. The only one of the four still standing is the Piermaster’s House. The other three were damaged by Second World War bombing and demolished in the early 1950s.

Volunteers on the site have been revealing fascinating finds, a mid 20th century furniture key, a George V coin, clay tobacco pipes, and pottery – all of which help tell the story of the lives of families who lived in these houses.

So far over 1500 people have come to see the site, and talked to the team about the archaeology and the finds.

Over the next few weeks we’ll be venturing further into the remains to see what more is waiting to be discovered. The Museum of Liverpool archaeology team and community volunteers are working on site 10-3 Wednesdays, Thursdays and Fridays until the end of July, so pop by and say ‘hello’ if you’re in the area.  Alternatively follow the project hashtag #dockhousedig on the Museum of Liverpool Twitter / Instagram / Museum of Liverpool Archaeology facebook, or take a look at the website https://www.liverpoolmuseums.org.uk/piermasters-green-community-excavation

SOME IMAGES SENT OVER BY LIZ STEWART: 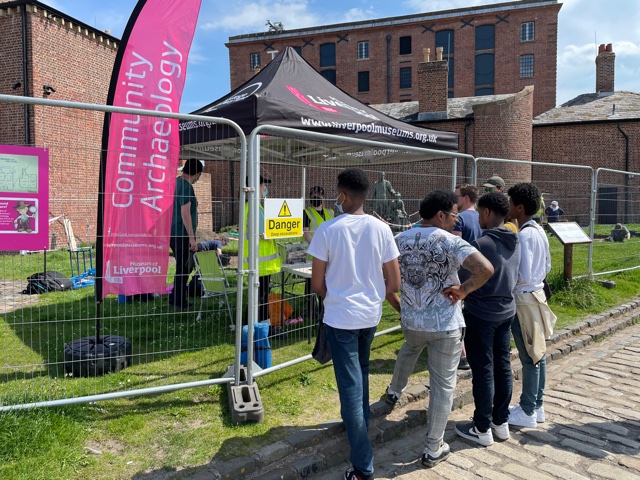 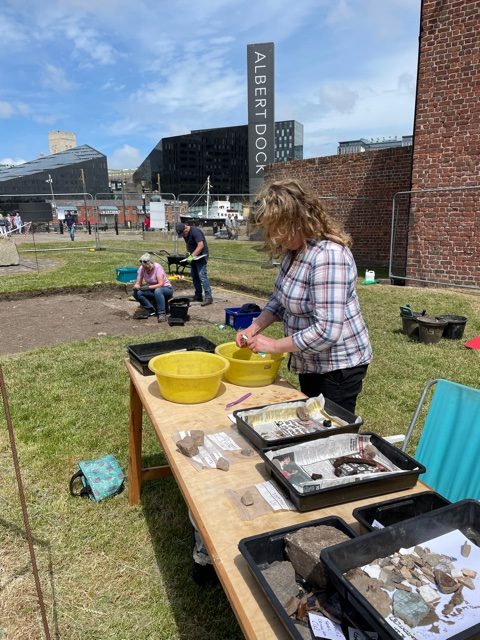