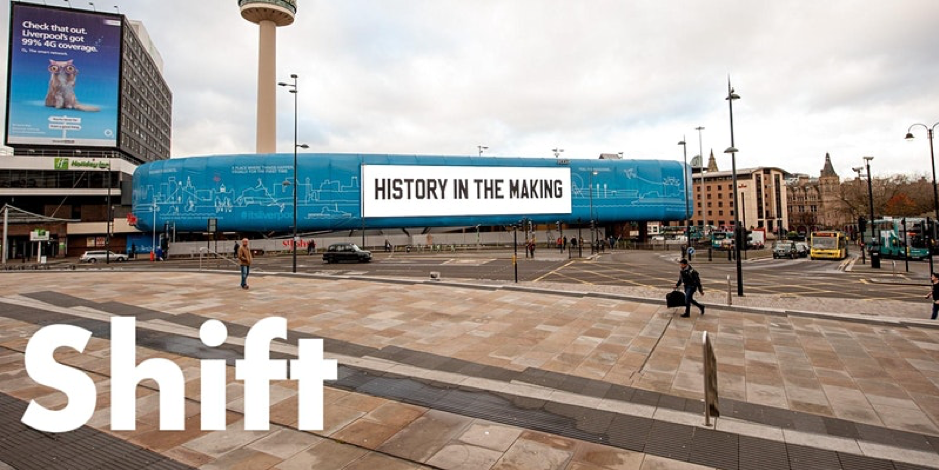 Last week we joined the launch of Shift Liverpool – a sustainability network for cultural organisations in the Liverpool City Region.

The online event was hosted by Shaun Curtis from Metal Liverpool to invite the cultural sector, science and academia to address the climate emergency. Liverpool City Council pledged to make Liverpool a zero carbon city by 2030 and the country is hosting the COP26 (UN Climate Change Conference) in November.

Lucy Latham from Julie’s Bicycle gave a presentation illustrating the importance of the cultural sector to join efforts for carbon reduction to achieve the goals of the Paris Agreement. She emphasised the difference between carbon neutrality and carbon zero and explained how the creative community can get involved.

This was followed by an equally informative talk by Simon Curtis from MAST (Manchester Arts Sustainability Team) – a network of 30 organisations working since 2010 on reducing the carbon emissions of their members by targets more ambitious than those set by the government. The aim is to make Manchester a zero carbon city by 2038 12 years ahead of the 2050 national target, alongside a 50% reduction of carbon by 2025. Simon acknowledged organisations pulling together to make Manchester an URBACT Good Practice City. The measures implemented are detailed in their MAST Strategic Report

Nathalie Candel of Shift concluded the session summarising the objectives of the newly launched network: Shift is aiming to join forces among cultural organisations with the aim of reducing their carbon footprint, moving away from working practices that are damaging to the environment and a collective approach to promote carbon offsetting and carbon reduction.

Next week we are joining the Urban Lunch Talk #17: Regenerative Green Neighbourhoods and Circularity Transitions – The Do’s, Don’ts and Dilemmas