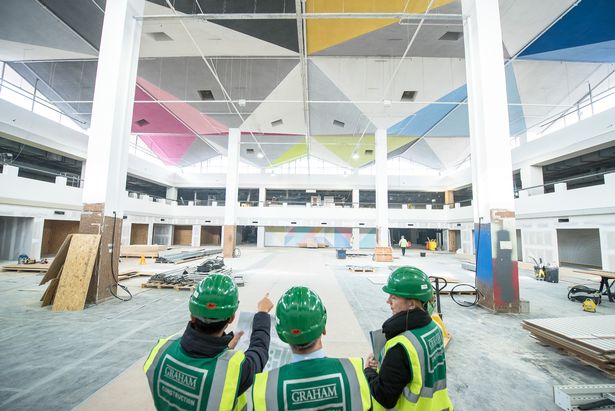 Engage has often thought about the state of St John’s Market and with the consultation that took place presumed that things would improve dramatically but sadly that hasn’t happened and the current situation is worse than it was before the refurbishment took place.

It is really hard to believe that a city that prides itself on so many things can let this dreadful reality continue with no apparent solution in sight. And it’s not as if there aren’t some fabulous markets around the north west that our councillors could have visited to find out how to organise and run a successful and thriving food and drink market.

The case is put much better than we could by our two new on-line magazines and we recommend you take a moment or two of your time to read these fascinating and important contributions to the debate about what aspirations we have for a market in our city centre.

The first to be published was The Liverpolitan by Michael McDonough ‘A new central Liverpool’ putting St John’s in the wider context of a challenging revamp of the entire central area of the city.

Then followed an amazing article in The Post by David Lloyd ‘Liverpool’s markets have been condemned by staggering arrogance and complacency’ which examines in detail his reaction to the political reality surrounding the project.

We would very much like to see a wider city centre resident-led debate about the kind of market offer we would aspire to have in Liverpool. But first maybe we should just encourage everyone to visit some of the markets that are transforming their locations to catch a glimpse of a vision that could have been ours too and maybe still could be.

Echo article: How St John’s Market has changed over the years (2016).