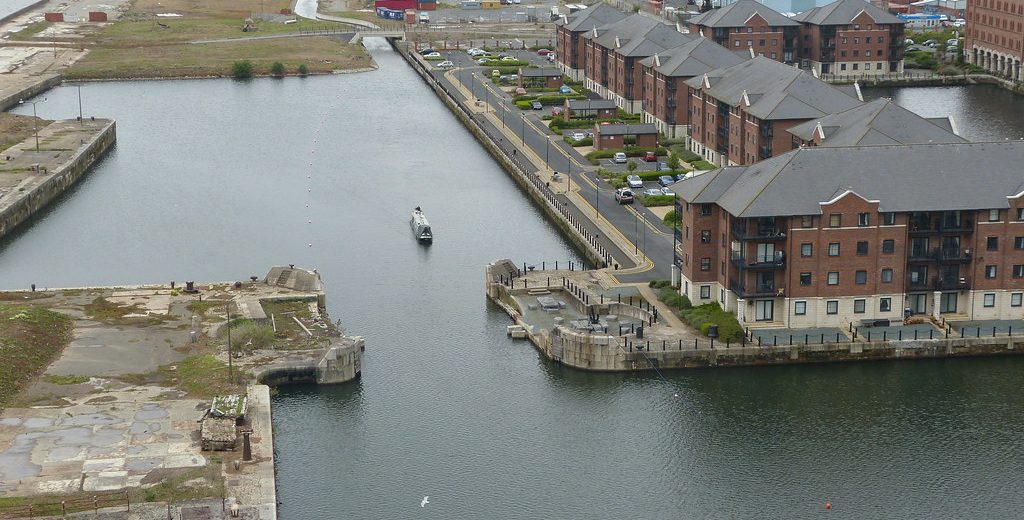 Residents from Waterloo Warehouse and Waterloo Quay, part of Peel’s Liverpool Waters project, are objecting to the proposals that have been submitted to Liverpool City Council for a new development by Romal Capital which will involve the part infilling of West Waterloo Dock.

The above image shows the Dock as it is today and a closer look will reveal the thin line of floating white  marker buoys which keep the canal boats away from the part-infilled section where the water isn’t deep enough for vessels to enter.

The image below shows the Dock after it had been divided into two from the previous single large dock with the huge warehouse that was never destroyed by the Luftwaffe as some think but it was demolished because no-one in planning ever thought there would be uses for this type of building in the future. The same went for some of the other buildings in the picture. A tragic loss for the city’s heritage. 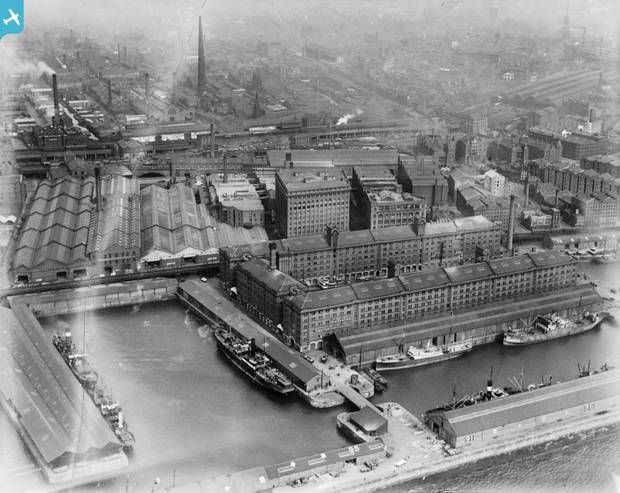 When Waterloo Quay was built it was fortunate for the residents of Waterloo Warehouse that they decided not to replicate the height of the previous building that occupied the land. However now everyone seems to be united in opposing the proposals that will affect views of the river even though planning regulations don’t allow a right to a view to be grounds for objections to an application. 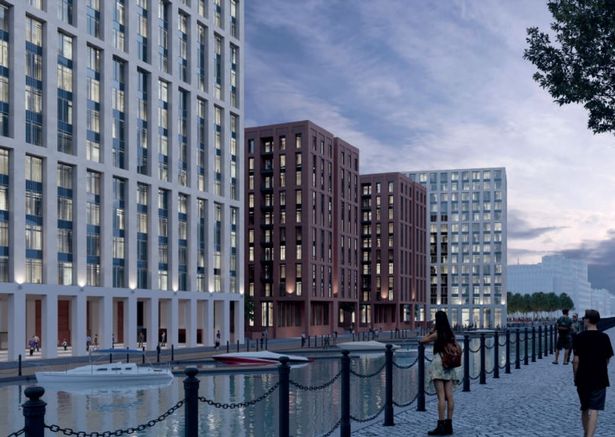 The above image is the proposed Romal Capital project showing the part of the Dock that will be kept and the dockside walkway that will run alongside the waterspace. It remains to be seen what decision the Planning Committee will take but Historic England have already stated their objections to the plans on 21st January 2019 as reported HERE on the Save Waterloo Dock website.  You can still sign the resident’s on-line petition HERE and they regularly hold sign-ins at markets and public places around the area.

The above image shows the changes that were made to the original design following complaints from residents about loss of sight-lines and the effort to accommodate those views. Parts of the development in East Waterloo Dock will not have an obscured view.