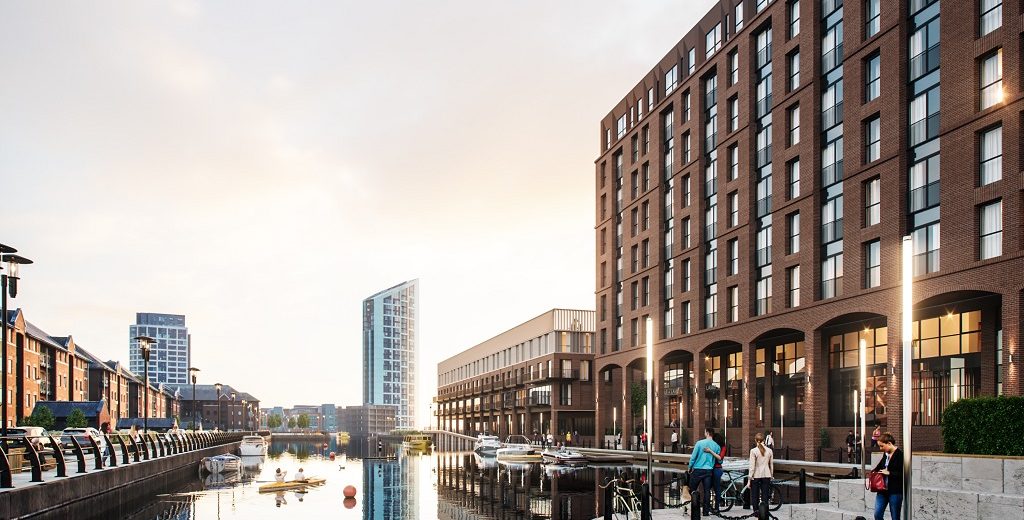 Romal Capital’s plans for a development at West Waterloo Dock were rejected unanimously by the Planning Committee to the delight of the residents.

Residents from the Save Waterloo Dock Neighbourhood Association have mounted a strong opposition to the plans by Romal Capital for the development of apartments as part of the Central Dock Masterplan for Liverpool Waters. The final day for planning objections was 30th December 2021. (This article was first published on 30.12.21)

These latest proposals continue to include the partial infilling of West Waterloo Dock which has been seriously criticised by Historic England. They have sent their response to the consultation which clearly states that they have serious concerns about the proposed infilling and that it will be to the detriment of the surrounding listed buildings and dock legibility. You can read their letter here: Historic England Planning Response -_21F0377 – 2021 Sep 29

The proposals have been altered various times by the developer in response to residents concerns and Engage believes that the image on this article is the latest iteration of the plans. One of the challenges facing the residents was perhaps the impact of the loss of Liverpool’s UNESCO WHS status and the current infilling of the largest dock in the system – Bramley Moore Dock. This could mean that the council is unlikely to refuse a much smaller infilling request having agreed to a total dock infilling close by.

Also Engage understands that as part of the granting of funds for the building of the road and bridge to the Isle of Man Ferry Terminal it was agreed that the road would service residential developments rather than merely the commercial development. If our information is correct then the council would seem to have no option but to approve the plans at some stage if it doesn’t want to repay the grant or trigger some legal consequences  that would be costly. However the most recent report from the council officers to the Planning Committee recommend refusal of the application. In reading the full documentation in the Committee Report HERE it is impressive the amount and quality of the objections received by the council in the consultation period. It would seem that the sheer volume of objections has influenced the recommendation given that they run from p7 to p16 and those in support from p16 to p17.

Some recent articles can be read below:

The outcome for the developer is much more uncertain now than it has been at any point in the long saga of trying to invest in another apartment complex on the waterfront. Residents are closer than ever before to the victory they have long worked hard to achieve.  It is looking like the final decision might well rest with a Planning Inspector sent into the city with power to settle the issue. Everything now hangs on the Planning Committee meeting on Tuesday 18th January 2022 but it is unlikely they would ignore the recommendation from their officers. One of the surprising things in the Committee Report was that there were no comments at all received from the local Labour councillors for Kirkdale. Councillors from Central Ward had submitted comments calling for the refusal of the application but there was a deafening silence from those with political responsibility in the area. (This has subsequently changed with some comments on social media)