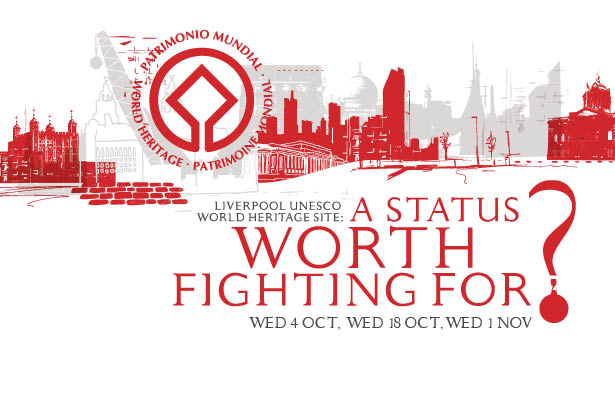 Engage is proud to be delivering probably the most significant seminar series we have ever curated in the city. Taking the theme of the UNESCO World Heritage Site we have invited some of the key people from UNESCO to come to the city for the first time and share their views on the current crisis that the city finds itself in.

Particularly exciting is the presence at the inaugural seminar on Wednesday 4th October 2017 of Isabelle Anatole-Gabriel the UNESCO Chief of the Europe and North America Unit at the World Heritage Centre in Paris. Isabelle presented to the World Heritage Committee in Krakow in July this year the report on Liverpool which recommended that the city be removed by next year if there aren’t sufficient signs that the management of the site has improved.

You can watch Isabelle making her presentation here:

Alongside three top international UNESCO speakers (the other two being Mike Turner and Minja Yang) will be three national speakers including Henry Owen-John the Head of International Advice at Historic England and Chris Blandford, President of World Heritage UK (the other is Adam Wilkinson from Edinburgh World Heritage).

Each seminar will have a three-member panel of local business leaders, academics and politicians.

Registration is essential and you can do that directly Seminar One; Seminar Two; Seminar Three.

After each seminar there will be a small private reception for the speakers and invited guests from the city which is an attempt to make the most of the presence in Liverpool of such important people.

We hope that many residents from across the city will take advantage to attend the series and learn first-hand whether our status as a UNESCO World Heritage Site is worth fighting for.