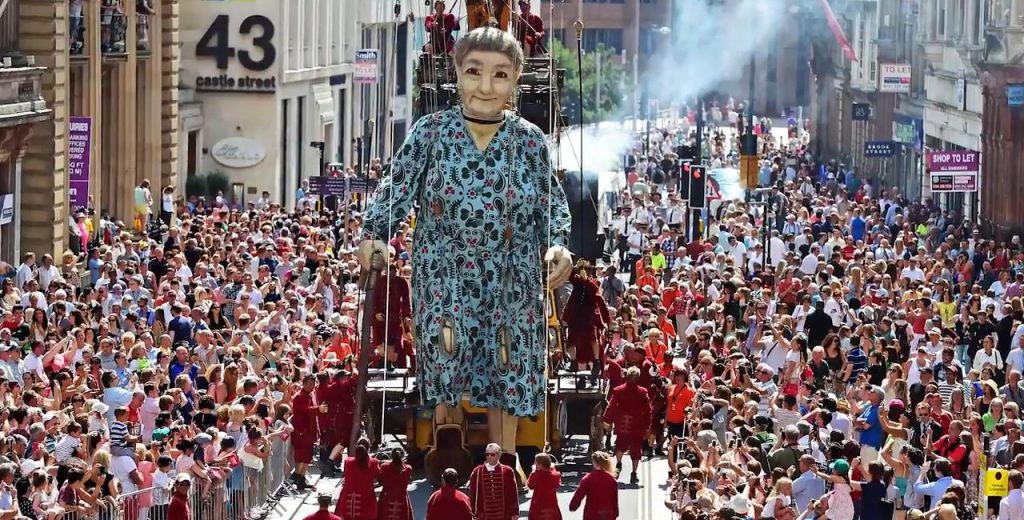 A public meeting was held to advise city centre and waterfront residents about the road closures during the forthcoming visit of the Giants to Liverpool under the title Liverpool’s Dream 4th-7th October 2018. The meeting was held at the Town Hall on Wednesday 26th September 2018 from 6.00pm-7.00pm.

As you can imagine, the three-day event will bring with it a number of temporary road closures, to accomodate both the Giants, and the crowds hoping to watch them. But the Council team responsible for the event are working to minimise distruption to residents, and will try to keep roads open for as long as is safe and practical.

For details of every road closure throughout the weekend, check out this letter from the Council:

Blocks along the Waterfront will be particularly affected by closures and redirections. Keep an eye out for information from your block’s managing agent. For example, we’re glad to see that residents of Mann Island have received this useful breakdown from their management company here:

You can pick up a free paper map of the Giants’ routes throughout the city, from tourist information centres, and Merseytravel offices and stations, as well as in digital form online:

Finally, if you have any questions or concerns about road closures or access to your property, here are the ways to contact the organisers:

Finally, some key highlights for Waterfront residents, from Public Meeting we held this week:

Wapping, Royal Quay, and Colonnades will be affected late afternoon / early evening Friday. Between 16:00–17:00, traffic will be stopped going Southbound on Strand, and then, from about 17:30, it’ll be closed Northbound. Strand reopens around 19:00. Expect heavy crowds throughout the evening.

Waterfront blocks are affected the most on Saturday. A second giant arrives in Canning Dock Saturday morning, so expect crowds between Canning Dock and Queens Wharf.

Mann Island / James Street junction: open before 09:00, then access via Canada Boulevard 09:00–13:00, then 13:00–17:00 the little boy will be sleeping at the Mann Island roundabout. They’ll try to reopen the Mann island / James Street junction from 18:00 (with the exception of Northbound travel), and the waterfront should be opened up fully around 19:00.

Mann Island / James Street junction will be closed 09:30–13:00. After that, Mann Island should have uninterrupted access either via James Street or Canada Boulevard for the rest of the day.

The finalé runs 14:30–16:00, with the giants travelling northbound along the Strand, and eventually splitting up for their return journey to whatever fantastical land they come from. The big giant will be the last to leave, returning to Canning Dock, and waits in the water until it can leave on high tide around 19:00.

Everything should be back to normal by 19:00 Sunday.

Liverpool ONE Q-Park will be closed 08:00–19:00 both Saturday and Sunday, since the exit will be inaccessible while the giants are on the Strand.

It’s likely that most on-street parking along the waterfront (eg: on Pier Head) will also be suspended.

Northern Rail strike on Saturday. Will increase the number of vehicles coming into (and parking in) the city.

Football on Sunday at 16:30. Combined with the closure of Sandhills station, this could mean extra pressure on public transport, and roads leading northbound from the city centre.