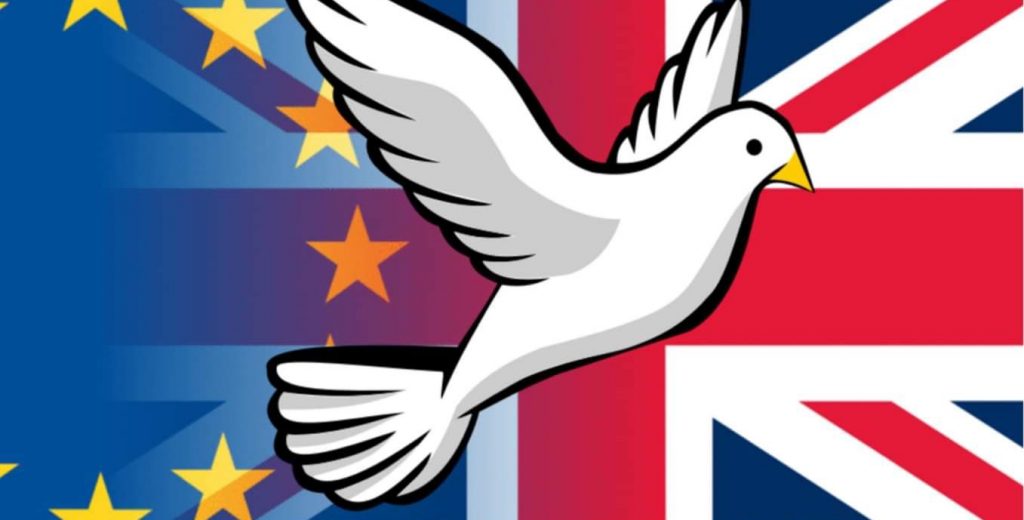 Citizens across the UK are celebrating VE Day 2020 commemorating the 75th Anniversary of Victory in Europe Day. This was the day when World War II ended and a new era of peace began which has more or less held in Europe for 75 years.

Winning the war was extremely difficult and millions lost their lives and others suffered life-changing injuries. But winning the peace falls to every generation since then. This is the best way to remember and do justice to the sacrifice of so many. The are many ways to maintain and promote peace in Europe and one way is for Engage to let you know some of the things people are doing so you are kept informed and aware.

May 9th has always been commemorated across the continent as Europe Day that first day after the victory when citizens decided they now had a responsibility to build the peace. This year in the face of the Covid-19 pandemic a huge event has been organised that people everywhere can simply connect to and find out what people in other countries are doing and thinking.

That event is called Citizens Take Over Europe and is day-long festival which is the idea of a group of civil society organisations from across Europe calling on others to join an unprecedented common effort to take democracy in Europe forward. Engage as a resident-led organisation of citizens in Liverpool welcomes the fact that some are taking responsibility to put citizens and residents at the centre of the conversation about the future of Europe. This isn’t top-down governance but a bottom-up project. The full programme is HERE and there are some well-known British participants in the event like Timothy Garton Ash (historian), A.C.Grayling (philosopher), Zoe Williams (journalist), Bill Emmott (writer) amongst others.

But there are plenty of organisations trying to make our home on the continent of Europe a better place for everyone and to help us live up to the ideals of those who died fighting for freedom and democracy. Let us know if there are any to which you want us to link: chair@engageliverpool.com. Here are a few to get started: