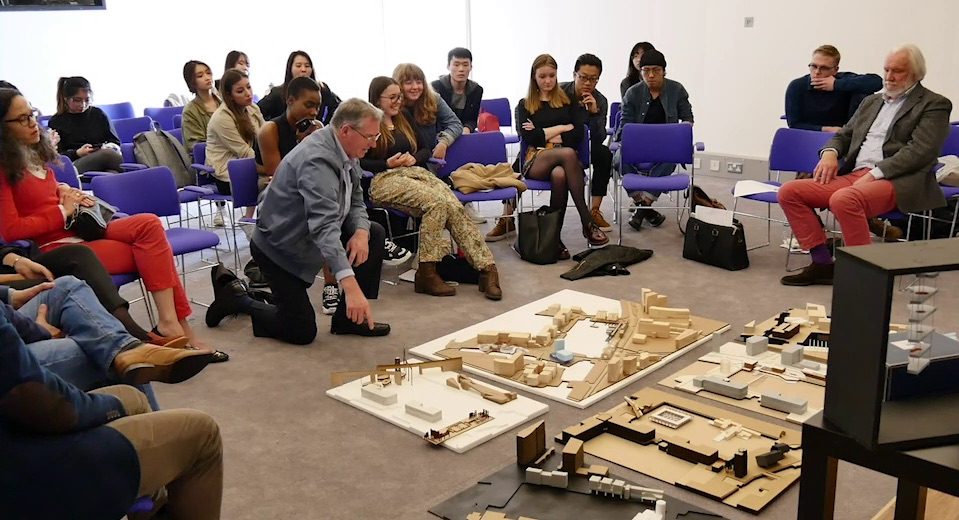 Playing Around the Docks - a project by Liverpool School of Architecture

One of Engage’s Strategic Aims is ‘To Champion best practice place-making’ which flows from our Vision Statement of ‘Making a place for Everyone in a vibrant Sustainable Liverpool’. One way we do this is to partner with organisations and bodies that also are involved in a similar process – like the University of Liverpool School of Architecture (LSA).

It has been a real honour to be invited by the group lead Prof Marco Iuliano from the School of Architecture to work with students on a variety of different projects around the city centre and waterfront. This year we joined staff and students in a project which focused on the Albert Dock and taking as inspiration original 1982 sketches drawn by the famous British architect James Stirling, who was brought up in Liverpool and was a graduate of the University, for the development of the then proposed Tate in the North at the dock (Stirling, Wilford & Associates, 1982-88). His plans never materialised in the way he had envisaged but they stand as a testimony to his creativity and innovation in architectural practice.

The project, Playing Around the Docks, involved both Diana Heredia and Gerry Proctor, Board members of Engage, at different stages in supporting the students and critiquing their projects. Engage brings to this work an insight into how city centre and waterfront residents interact with the buildings in which they live and those with which they engage on a regular basis. We offer an experience based upon what it feels like to live in places designed by architects and agreed by planners.

It is a constant surprise that our comments and reflections are valued and thought useful by the staff at the university. It is a privilege to be invited to join in such important work in making sure the next generation of architects fully appreciate the views and expectations of the very people who will live, work and play in the buildings they will design.

You can watch a short (7.50min) video produced by the Tate Architecture Studio at LSA: