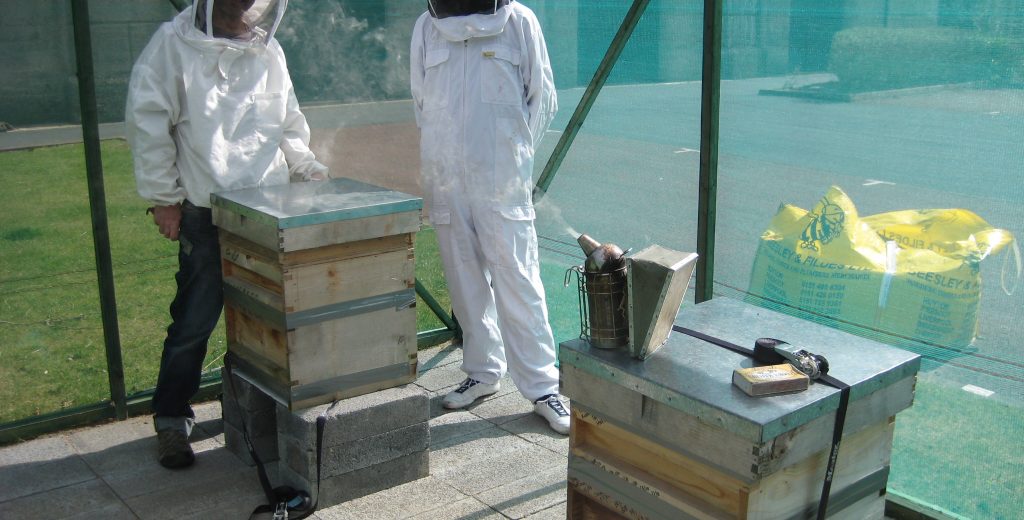 Many residents at City Quay have been asking about the apiary at the back of the site near the exit to the gym. You will remember that the hives were removed after some residents from CQ6 vandalised the apiary on the way back from a late night in town.

We have prepared the apiary and got it ready hoping that the bees will return and we can start production again of our own L3 Herculaneum Honey.

The following statement has been given to us by the apiarist Andrew Hubbard:

Felt a change management of apiary was due. What I’ve noticed is colonies inside arc of Queens Drive develop slower than those outside. They also suffer from greater incidence of disease. Consequently, they’re less productive when main nectar flow comes into first half of July. Largely, I put this down to high level of beekeeping activity and lack of forage locally. So plan is to bring colonies on at edge of city before moving back to City Quay.

Longer term, I have concerns about last week’s Festival Park announcement, and impact on Otterspool Grasslands in particular.