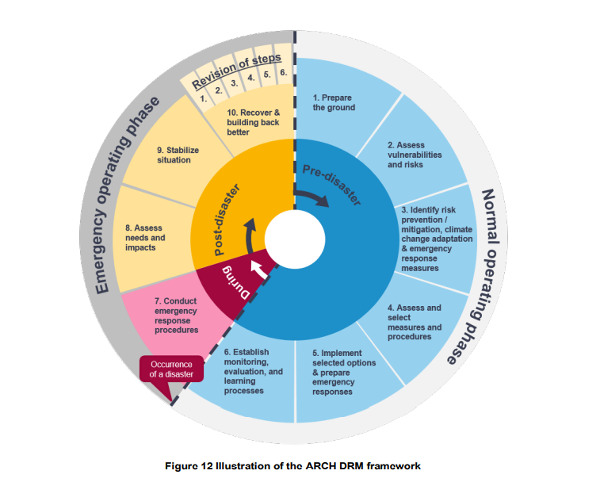 A few years ago now Engage was invited by our WHS friends in Hamburg to be the conduit for the city of Liverpool to participate in the largest ever research programme to develop programmes for supporting historic areas through the challenges of climate change.

We have taken part in all their meetings throughout the Covid pandemic using zoom to connect everyone in the many European cities who are involved in the process. So has Liverpool City Council. It would be fair to say that we have far fewer officers working in this area than any of the other cities we were in touch with and the one or two people working in this area have hardly any resources to draw upon. So we are not in any sense leaders in this work

If there was to be any serious engagement with this subject then it seems to Engage that there needs to be greater involvement from our universities sector. And that is one reason why we are publishing this ARCH Newsletter  so that hopefully word will reach our interested academics. Also this is very much open to the general public and we know that there are some in Liverpool who will be interested in this area of engagement.

This issue has suddenly assumed much greater significance with published reports on Friday 4th March 2022 stating that the UK is not prepared for the impacts of climate change. One of the experts specifically picks out coastal areas as being especially vulnerable. Engage is aware of just how much more our European friends are prepared and engaged with this subject. The links below show the extent to which work is on-going in Europe to address the climate crisis particularly in relation to heritage in this case.

Another article was published on 17th June 2022 which explicitly brings together the climate crisis with the built environment which of course includes our heritage assets:

For further European ARCH information click on the following links:

On Wednesday 1st of June Engage was invited to participate in the in-person ARCH Stakeholder Dialogue in Thessaloniki, Greece, concluding the activities of the Mutual Learning Framework of which we have been an active participant on behalf of Liverpool City Council.

We were welcomed by the Deputy Mayor of Finance and Chief Resilience Officer Michael Koupkas, who introduced everyone to the city talking about its great history, its current importance as a place of education (with three universities teaching 150k students) as well as geographical challenges as a place prone to earthquakes, but also opportunities like its selection as one of 100 net-zero cities. He then passed the word to the former Deputy Mayor Lina Liakou, who talked passionately about Thessaloniki as a city of resilience.

This was followed by a panel of speakers from Alba, Regensburg, Valencia and Hamburg moderated by ICLEI, who were asked to reflect on their experiences and learnings from the ARCH project so far.

We learned from them that the project led to further collaborations – amongst them a community engagement project between Hamburg, Augsburg and Regensburg and a joint project between Valencia and Zaragoza on agri-food and agriculture in urban areas. These projects being in the spirit of the ARCH project by building connection between local, national and international cities. The panellist from Hamburg also shared an experience where the city reached out to communities affected by the floods in the Eifel region of Germany in July 2021.

The discussion was followed by roundtable workshops on Disaster Risk Management (DRR), where we joined the group discussing World Heritage Sites after which we had the opportunity to visit four of Thessaloniki’s Byzantine sites.

In the evening the Deputy Mayor kindly invited participants to experience an authentic local dinner in a vibrant area of the city centre.

On Thursday 2nd June the Fraunhofer Institute gave a short presentation on the tools developed during the process showing the progress from the initial stage up to their current versions and acknowledged the many technical partners that made the project possible.

The 30 tools developed combine everything any city needed to know to build resilience in their historic areas.

Two of the tools were explained in more detail by one of the technical partners Tecnalia: ARCH RMI to identify possible measures to strengthen resilience in historic areas, as well as the more complex planning decision support tool ARCH RPVT, where potential future scenarios with different severities can be assessed and compared.

This was followed by an introduction to the ARCH RAD, an online assessment tool to measure resilience maturity levels in historic areas aimed at heritage managers, urban planners and disaster risk, climate adaptation and resilience managers.

The talks were followed by a marketplace where participants could get a closer look at the tools and ask questions as well as give suggestions for improvements and point out snags that needed attention.

All tools will be accessed via the ARCH HUB, the main site where tools and definitions are collated with a Step-by-Step Guide and a Best Practice page will also be available in the future.

The last workshop of the day involved reflecting on the process and giving feedback on benefits and barriers the participants perceived during a process that was greatly changed due to the pandemic. We discussed pros and cons of different approaches and take-aways for future projects.

The day culminated in a site visit to Thessaloniki’s industrial sites of which some are redeveloped while others are still awaiting the opportunity. Our guide was very knowledgeable and passionate sharing his insight and answering many questions.

The ARCH Stakeholder Dialogue was very fruitful and showed that an interdisciplinary approach involving many different stakeholders can lead to valuable tools that can be used universally. It was a real shame that Liverpool never had the capacity to take advantage of this project by collaborating with the other cities involved.

The project will conclude on the 20th July 2022 after running for three years. Engage is exploring opportunities to share these results and tools more widely within the city.

“Social and Institutional capacities for resilience: from the assessment to the strategy”

Liverpool took part in this workshop through the presence of the Chair of Engage who represented the city amongst the different European cities taking part. The invitation-only event involved Hamburg as the Core City and Regensburg, Thessaloniki and Liverpool. The meeting was held in the Heritage Preservation Department’s Restoration Workshop which was a great setting. We were based of course in Hamburg’s UNESCO WHS area known as the “Speicherstadt” Warehouse District which you can watch here on this video:

The meeting was organised by ICLEI (International Council for Local Environmental Initiatives) known also as Local Governments for Sustainability, is an international non-governmental organisation that promotes sustainable development. ICLEI provides technical consulting to local governments to meet sustainability objectives and I have to say that the work they have done with the ARCH project is outstanding. They have produced, with others, a comprehensive set of documents and tools that will assist all cities in managing the challenges posed by climate change to the historic and heritage assets of Europe. You can access many of them via the links in the article above. Learn more about ICLEI in the video below:

The objectives of the workshop were:

All of this was achieved over the course of the workshop. One of the main ways of understanding the ARCH tools was the role play in the ‘ARCHTOPIA’ game which was really fascinating and illuminating. Lots of insights and comments were shared which will help the final design of the game whose main aim was to assess the resilience of the social and institutional capacity of a city using a multi-stakeholder scenario. It was also lots of fun! The game had two parts with the second part aimed at choosing the best local strategy for resilience – which demanded a lot of compromise and collaboration. This concluded with a session looking at the social and institutional strategies selected according to the interest and urban characteristics of the cluster. The game had been put together by the leading Spanish technology company Tecnalia based in the Basque country: