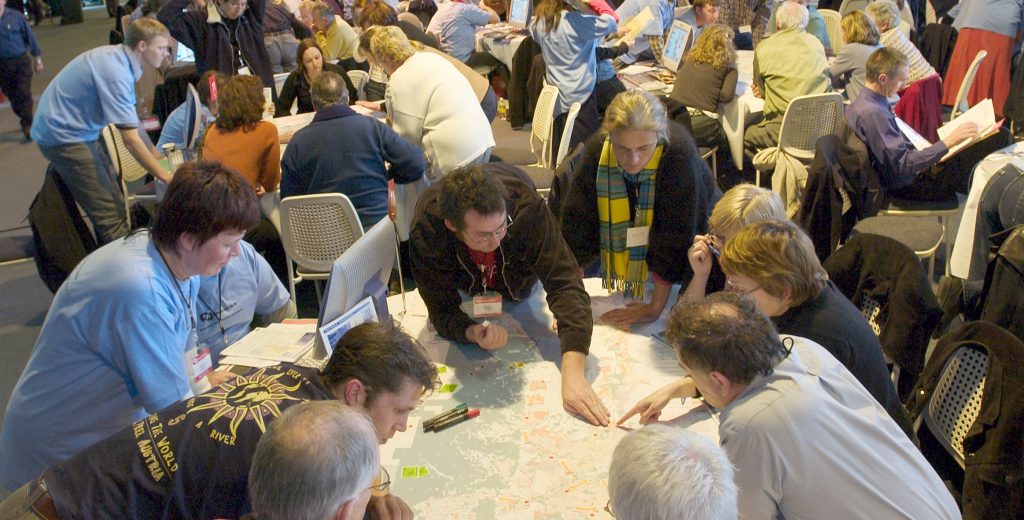 On Tuesday 29th June 2021 Engage took part on a Zoom session with people from across Europe as part of the ARCH project that Liverpool participates in with Hamburg, Regensburg and Thessaloniki to explore issues around heritage assets and climate change. (This article was updated on Tuesday 13th July 2021 by adding new links at the end.)

From Liverpool we had Lesley Woodbridge the WHS Coordinator at LCC and Diana Heredia and Gerry Proctor from Engage. Some of the issues discussed were to do with the concept of ‘temporary green spaces’, measuring heat in heritage locations, resident involvement and public participation.

There was a call for cities to find radical solutions like Paris and Rotterdam had in the face of climate change but also in historic environments. A significant discussion was held about the use of heat maps produced in Regensburg which looked exceptionally useful in realising the issues that cities needed to face with stark increases in temperature. Politicians were very engaged in the process and had become aware how they needed more green spaces in the centre of the city. They used ‘heat buttons’ placed in cars driving around the city centre measuring thermal heat impacts in different parts of the city. The maps they produced were very enlightening.

Some time was also spent reflecting upon the Regensburg early warning system in the city for flood defence activation. Citizens were involve along with officials in securing their homes from rising flood waters. Hamburg also had a similar system in place.

Perhaps the most fascinating debate focused on the question of public participation and how to improve it. Regensburg again had a wonderfully progressive stance from their officer at the meeting (who was responsible for some of the information we’re publishing below) who stated that it was better for council officers not to engage in any consultation processes if they were not in reality open to making any changes in the plans they were discussing. He was a breath of fresh air! Engage also shared some of our experiences in dealing with consultation events in Liverpool. He said that if officers don’t want to hear the views of local people they shouldn’t go out and ask for them.

All in all it was a really helpful sharing of information, views and expertise. There will be another meeting in July to be arranged. Below you can study some of the information that was shared with us from Regensburg: 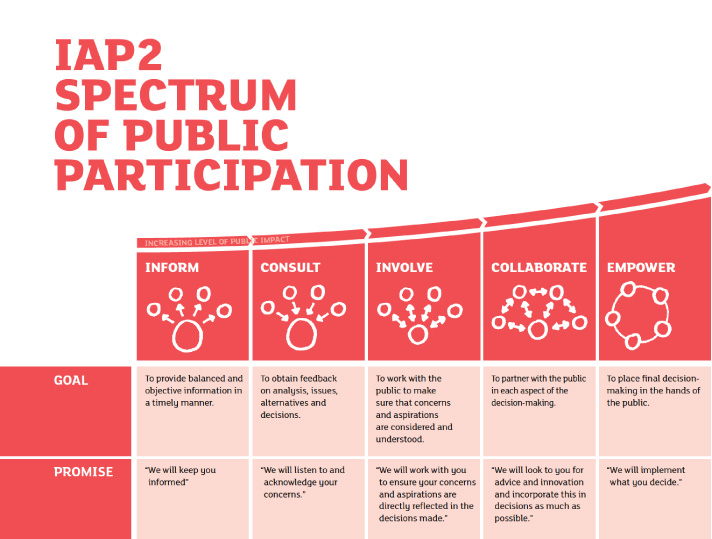 What is the Spectrum of Public Participation? 14.02.17 from Sustaining Community website.

One of the participants in the workshop from Regensburg was Matthias Ripp who co-authored an important article about public participation and we’d like to share it with you: The Communication Model of Built Heritage Assets (COBA)

Regensburg shared with us another publication from 2011 in which we found the participation of the wonderful Liverpool heritage expert and former LCC officer John Hinchliffe: HerO – Heritage as Opportunity Guidebook, which is a collaboration with a number of European heritage cities. They shared with us another later guidebook from 2017: Community Involvement in Heritage Management Guidebook which was produced with the OWHC (Organisation of World Heritage Cities). The World Heritage Coordinator from Regensburg Matthias Ripp gave a great lecture about the Regensburg World Heritage Management Plan and how it was worked out in partnership with citizens. This is a critical lesson for all of us even though for Liverpool this approach with UNESCO WHS status in the city is probably too late but for an on-going citizen relationship with our heritage Regensburg can teach us a great deal. The lecture is here: Creation of a World Heritage Strategy Together with the Citizens. The result in Germany was that everyone in Regensburg valued their UNESCO WHS status and realised that it’s future protection and development was everyone’s responsibility. This never happened in Liverpool and indeed the previous elected Mayor was clear that even he didn’t value it nor cared enough to protect it.

LINKS REGARDING HERITAGE AND CLIMATE CHANGE: