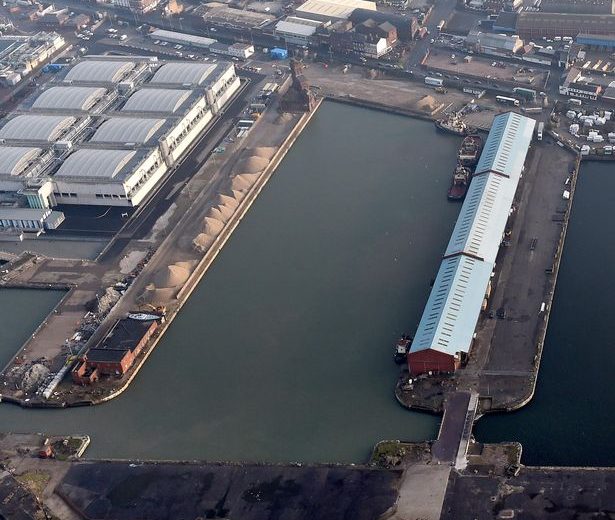 After an excellent seminar series that raised the question of our UNESCO World Heritage Site status in the company of three UNESCO speakers it is perhaps time to ask again about the proposals to put Everton FC’s new stadium in Bramley-Moore Dock.

The Echo published a fresh account of the proposals on 26th October during the recent Engage Seminar Series ‘Liverpool UNESCO World Heritage Site: A Status Worth Fighting For?’ You can read it HERE as well as links to many of their reports about the proposals.

Whilst here the UNESCO speakers made it clear to the members of the Mayor’s Task Force they happened to meet that any attempt to put the proposed new Everton FC Stadium in the Bramley-Moore Dock would almost certainly mean instant removal of the WHS status by the World Heritage Committee at its next meeting.

However the stadium is clearly something that Peel, the Mayor and of course Everton FC want and if that is still the case then it will come at a high price for the city. The image below shows just how delighted everyone involved was with their agreement to go ahead with the proposal: 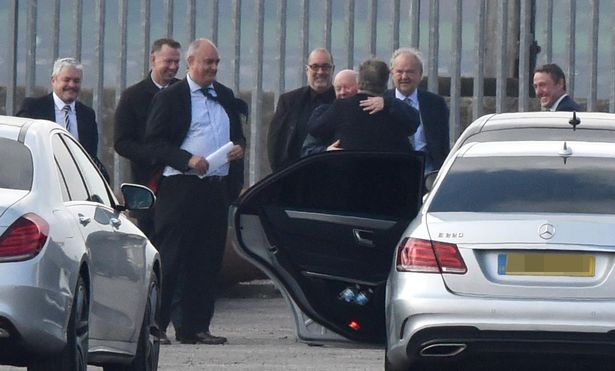 It is very sad that in the Echo’s 23rd March report of the decision they only gave voice to those in favour and no one is reported who feels that there might be other issues at play that also ought to be taken into consideration. This is perhaps no surprise given their recent refusal to report the presence in the city of the most significant UNESCO visitors ever to have come to Liverpool. You can read the Echo’s report of 23.03.17 ‘Everton FC Bramley Moore Dock Stadium WILL go ahead after deals agreed with Peel and council’ HERE and also their report of 27.03.17 ‘Could new Everton stadium affect Liverpool’s World Heritage Status?’ HERE showing how confident the council is that there will be no adverse effect.

You can view a Gallery of images from the Echo HERE which includes the one we have shown in our article.

You can read about the concerns local residents have about what will happen to left-behind Everton and Kirkdale if the stadium moves away HERE.

Engage took a vote at the final seminar in our series and there was a unanimous verdict from the 150 or more participants that WHS status was worth fighting for. Well if a Planning Application for this proposal is submitted  we will certainly have a fight on our hands and this will not be a fight of our choosing. There must be many people who will have advised both Peel, the Mayor and Everton that the inscription of the docks into the WHS included the water-basin as well as the walls of the dock. To drain the dock is to immediately negate an agreement we freely entered into and mean we will have unilaterally destroyed the conditions of our inscription.

There is a slim hope that this decision can be overturned. One possibility must be that the Planning Committee turn down the application if it comes before  them. However a better option must be that the Minister calls it in as these stadium plans were not part of the previous planning agreement reached between the Council and Peel. Some commentators  are saying Liverpool lost the 2022 Commonwealth Games bid to Birmingham precisely because it included the stadium in Bramley-Moore Dock and DCMS couldn’t be seen to have approved what would mean the loss of the UNESCO status because as the State party it is signed up to preserving and protecting the WHS site. Should the Council press ahead with a planning application for the stadium then Engage feels that it will be important for the planning decision to be taken by national government rather than the Council. This is such an important decision for the whole city region that it is crucial that DCMS should intervene and take the planning decision out of the Council’s hands. That might be a way that everyone can save face.

There are also possible financial irregularities with regard to the funding of the bid and even ownership of the club, which are already exposed and in the public domain but not in the pages of the Echo, and this could have an impact: BBC Panorama 06.11.17. There is also this report from the University of Liverpool which explores the financial arrangements for the scheme: Kieran Maguire 30.03.17 also BBC Paradise Papers: Who is in control of Everton? 05.11.17 and also MailOnline article 08.11.17

And of course it is always possible that the Mayor’s Task Force will advise against this controversial location in their final report on the UNESCO status and that their advice will be heeded.

The UNESCO speakers who came to Liverpool spent time seriously looking at alternative potential locations in an effort to support the aspirations of the city and the club for a new stadium. In fact during conversations held whilst here they made a really significant point about the possibilities for Everton FC and the city of Liverpool to become world leaders by designing a world-class stadium using the very latest ecological technology with a top architectural practice chosen by a major international architectural and green technology competition. In this way Liverpool and the UK can show its commitment to a new ecological future by getting FIFA ‘Football for the Planet’ involved to revise its stadium standards. The International Union of Architects (UIA) and the School of Architecture at the University of Liverpool could help launch a world-wide internet-based non-committal ideas competition for architecture and technology students. We can just imagine the buzz such an international competition would create among university architecture and engineering schools throughout the world! We are good at turning challenges into new and better opportunities. It would also be a great way to raise ecological consciousness among the world’s football fans. Why not let Everton become the world’s leading football club for its commitment to the environment as well as its preeminence in sport!

There is a public meeting to follow-up the seminar series on Wednesday 8th November at the Baltic Fleet pub at 7.00pm and you must REGISTER HERE

The latest report on the proposed stadium appeared in the the Architect’s Journal 02.01.18 and reported escalating costs.