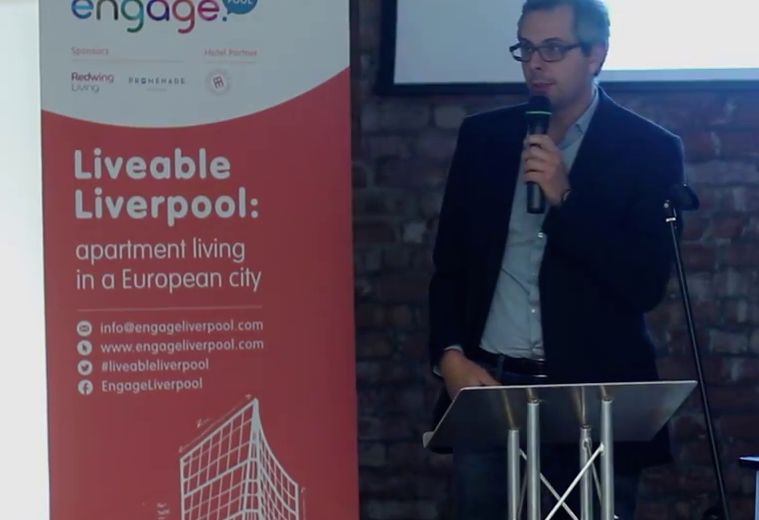 Engage Seminar Series 2015 Liveable Liverpool – apartment living in a European city Seminar Three video footage from the last of the three seminars reflecting upon the design, build and management of apartment blocks.

Bringing expertise from Vienna, Austria, Peter Hinterkoerner, an Urban Planning Project Manager with Wien 3420 AG, spoke about how apartments are planned and designed so that residents can both afford them and flourish in them. Andy von Bradsky, Chair of the Royal Institute of British Architects Housing Group gave an excellent presentation about the guidelines that are being used in some parts of the UK to improve the quality of apartment design. Panelists from Liverpool included an architect Antonio Garcia from BLOK Architecture, an Urban Planner Charlotte Myhrum the Design Review Manager at Places Matter! and Sandy Kelly the Head of Homes Hub with Plus Dane Housing.

Also present in the audience were David Hughes the Head of Planning at Liverpool City Council and Cllr Frank Hont the Mayoral Lead on Housing. Their presence gave much needed encouragement to the many participants in the final seminar in the series.