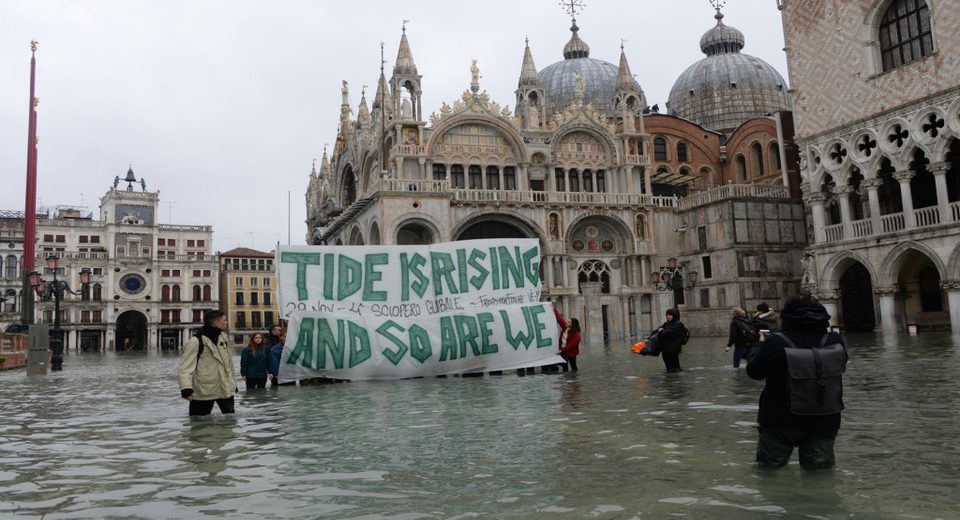 Following Engage’s successful seminar series in 2018 when we invited three European World Heritage Sites to come and speak in Liverpool about how their cities managed to develop and grow without drawing down criticism from UNESCO in the process, one of those cities invited was Hamburg in Germany and they have now, through Engage, returned the invitation to Liverpool to take part in a European research project called ARCH about climate change and heritage assets.

As you might have guessed ARCH (pronounced Ark) is an acronym for a rather strange-sounding concept: Advancing Resilience of historic areas against Climate-related and other Hazards! It is a European project and has four main city protagonists called Foundation Cities – Hamburg (Germany), Bratislava (Slovakia), Valencia (Spain) and Camerino (Italy). Each of them has invited a further three or four satellite cities called Keystone Cities to work with them and Hamburg has decided they want to partner with Liverpool, Rotterdam and Regensburg.

Liverpool City Council has agreed to be associated with Hamburg in this research project and have asked Engage to support with the administration. We have set about drawing up a list of experts and interested partners, organisations and individuals, who are working to increase the resilience of our cultural heritage assets against climate-related and other disasters. So far we have spoken with the University of Liverpool with whom we have held a Zoom initial conference call which showed how significant they feel this project is for their university and for the city and also how delighted and enthusiastic they are to be invited to take part. We have also spoken with staff at Liverpool John Moores University and Liverpool Hope University both of whom have responded positively. Also National Museums Liverpool are on board and are keen to be part of this work going forward.

Already ARCH has been working since June 2019 and will continue until May 2022. They have drawn up the ARCH Mutual Learning Framework which is designed to make available to the general public the ARCH tools and outcomes emerging from a direct exchange of knowledge and expertise between the various cities. They have their own website which you can access here: ARCH:SavingCulturalHeritage. The ARCH interdisciplinary team includes besides the four Foundation Cities, research scientists, City Network ICLEI (International Council for Local Environmental Initiatives) and is supported by the European Union’s Horizon 2020 research and innovation programme.

Academics, scientists and others might be interested in the tools already being shared called ‘Solutions’ on the ARCH website HERE. The journey has begun, work is already going on in Liverpool that we are keen to share with others and we are looking forward to what we can learn by being more closely involved with our European partner cities in this exciting and valuable relationship.

Check out these important websites:

If you would like to your organisation or yourself as an individual to be associated with this project please drop us an email at chair@engageliverpool.com