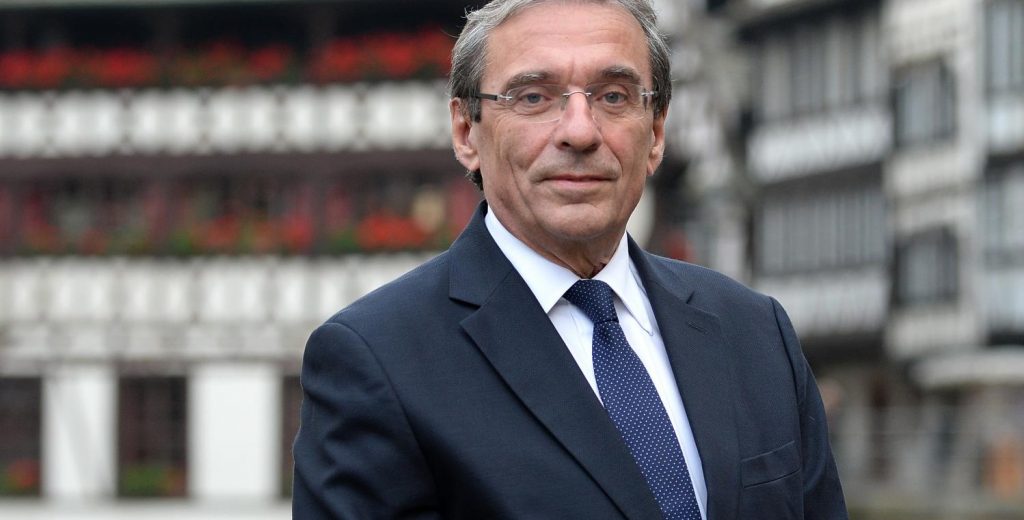 Mayor Roland Ries  has confirmed his attendance at the first seminar in Engage’s 2018 series entitled WHS Cities of Inspiration on Wednesday 3rd October 2018 from 5.30pm at the Cunard Building. This is an enormous honour for our city and a great delight to be able to welcome such an important person to our city region.

Mayor Ries is one of the most renowned Mayor’s in the world and he works not only within his own city but also at a global level with city Mayors. The Mayor of Strasbourg will be opening the seminar series speaking about how Strasbourg uses its UNESCO WHS status to its best advantage. He will be accompanied by Henri Bava who is the lead architect-planner on the impressive and prestigious Deux-Rives development project which is using the values of the WHS in the design of this new regeneration project.

Roland Ries is Mayor of Strasbourg since 2008 having been re-elected in 2014. Holding a post-graduate degree from the University of Strasbourg in modern literature which he taught for 20 years, he started his political career in 1983 as member of the municipal council, and simultaneously as Senator of France representing the Bas Rhin from 2004 to 2014 serving as Vice-President of the Senate European Affairs Committee. Among the many functions held at local and national levels, he is renowned both nationally and internationally for his expertise in urban mobility and public transport, being several times President of GART, the French association of local authorities responsible for public transport, and as author of the report on transportation for the National Planning Commission. Fully  committed to the ideals of justice and progress, he has been promoting the European role of his city and in developing an ambitious franco-german urban and civic cross-border project. He is also, since July 2014, President of Cités Unies France, a federation of French local and regional governments involved in international co-operation and, at the world level, co-President of United Cities and Local Governments (UCLG) since 2016.  Through these networks he has been militating for local government adoption of the 2030 Sustainable Development Goals and in promoting dialogue and responsible partnerships in an increasingly interdependent world. He had also served in the past as a member of the Congress of Local and Regional Authorities of Europe, and as a Member of the National Economic and Social Commission of France.