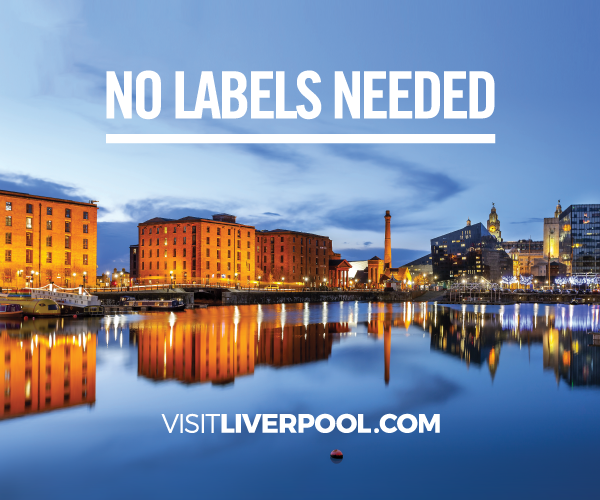 Moving On after UNESCO

Engage has waited 24hrs before making any statement about yesterday’s decision by UNESCO at the 44th Session of the World Heritage Committee by a vote of 13 to 5 to remove Liverpool’s status as a World Heritage City. It was enough to allow everyone else the chance to comment and also to get a feel of the response from within the city (on social media) and within the wider UK and international commentariat.

Engage’s position was formed following our 3 seminars in 2017 asking participants the question ‘Is WHS status worth fighting for?’ and the unanimous positive verdict from a capacity audience of 150 people in St George’s Hall Crown Court formed our stance ever since. We attended two sessions of the World Heritage Committee and spoke at both of them pleading with the ambassadors not to delete Liverpool that year. But given the city never managed to make any of the changes UNESCO required yesterday’s decision was inevitable and Engage predicted it some time ago.

Before commenting further it must be said that there are serious expert voices that have questioned the whole process to which Liverpool has been subjected from the very beginning in the way that changes were made by ICOMOS to the draft statement without alerting the WHC at their 28th Session (by chance also held in China) which has had serious implications. You can read a significant article by Dennis Rodwell who knows the city well HERE entitled ‘Personal Reflection on the 2021 draft decision to delete Liverpool Maritime Mercantile City from the UNESCO World Heritage List’ 28.06.21.

It is deeply depressing reading comments on social media and also in some of the official statements released within the city yesterday. It would take far too long to go through the various arguments made about why UNESCO was wrong to take the decision they did – maybe later someone will write up a version of events that reflect more than the usual misconceptions and misunderstandings. But it must be said yet again that UNESCO and ICOMOS are not opposed to regeneration or development. Only a type of regeneration that destroys what is considered to have Outstanding Universal Value (OUV). And the hint is in the word ‘Universal’. Liverpool is a self-declared world heritage city and if we say so it must be true. However UNESCO examined our application to be declared not only ‘Outstanding’ and having heritage ‘Value’ but for it to be declared ‘Universal’ it had to be agreed and accepted by a universal body such as UNESCO as being completely unique and there being no other like it in the world. It did so in 2004. It was declared a ‘Maritime Mercantile City at the height of the British Empire’. In 2012 it raised the alarm about planning decisions that were leading to a situation where the OUV was being threatened and this came 12months after the publication of the Historic Urban Landscape (HUL) document that shows the way forward for sensitive development and regeneration within designated urban heritage contexts. It took Liverpool a further  8 or 9 years before they were able to reference that guideline document in any significant way (North Shore Vision).

It seems strange to many in Liverpool that UNESCO now has the audacity to declare that despite years of warnings and visits something of the legibility of what gave the site such outstanding universal value has been lost. Even when the Mayor wouldn’t invite them to the city Engage brought the Head of Europe and North America Desk at UNESCO World Heritage Centre in Paris to Liverpool in 2017 and made sure she met with anyone in the Council who wanted to meet with her – the Mayor refused of course, as did the majority of his Mayoral Task Force, which had been established two days before the visit. It was stated clearly at those meetings that the proposed stadium if it was to go ahead would lead inexorably to a deletion process. And we still went ahead knowing that. We all know that a football stadium could be put on many brownfield sites in the city (though there is strong academic evidence to show that in fact these flagship projects don’t always contribute to a neighbourhood’s regeneration) but we chose to place it where it would do most damage to the WHS OUV. Even Peel had land they could have offered in Central Docks where the Clarence Dock Power Station used to stand. And the city’s own report into the stadium at Bramley Moore Dock stated it would have a ‘major adverse impact’. But to be fair it wasn’t only down to the Everton stadium it was also due to some of the tall buildings given planning permission over many years.

There is no doubt at all that there are people celebrating this decision who knew all along where it would lead and they very carefully prepared their arguments to place all the blame on UNESCO – as has happened. We have published the image released yesterday by Liverpool City Council within minutes of the decision being made in China. With a Dominic Cummings inspired three-word strap-line “No Labels Needed’ the rebuttal started and defensive Liverpool continued to express it’s own self-declared exceptionalism.

Engage recognises the need we have to regenerate the North End communities and very much wants Everton to have a new stadium on the waterfront but we would have liked to have kept our heritage ‘uniqueness’ as well and it was always possible but not desirable for the major players in this saga. In 2018 we brought 3 port cities to Liverpool to explain how they managed to regenerate their abandoned and disused former docklands within the guidelines set down by UNESCO. All found that keeping within the HUL guidelines actually made their projects better architecturally and also more acceptable to their residents and businesses and more attractive to inward investors. Now Liverpool can regenerate as developers want it to without any outside comments at all. It might look like every other city with bland tall buildings and no real sense of what that land used to be. Engage hasn’t used the words ‘shame’ or ‘humiliation’ to describe the feelings some expressed yesterday but a majority of social media commentators had the opposite emotional reaction and were almost proud of what the city and State Party had suffered and were aggressively defiant with talk of ‘it’s no loss at all’.

It never was a binary choice – development or heritage, we could have had both and indeed going forward we will have to prove that we can and will protect what we have left, though with talk of ‘we have always filled in our docks and repurposed them’ we shouldn’t hold our breath. History doesn’t need to be repeated! UNESCO was about trying to encourage us to keep what we had left and develop a place that celebrated and enhanced the largest remaining dock water-space in the city (Bramley Moore Dock). It was not something we valued enough.

Engage wants to put on record many of the comments made yesterday in the press and media about the decision but would particularly like to highlight those made by Seven Streets: UNESCO’s binned us off. What next for Liverpool? and also Liverpool’s World Class Waterfront and Martin Greaney of Historic Liverpool: Liverpool loses its World Heritage status

The Guardian: Today in Focus Podcast: Why did UNESCO drop Liverpool from its heritage list? 02.08.21