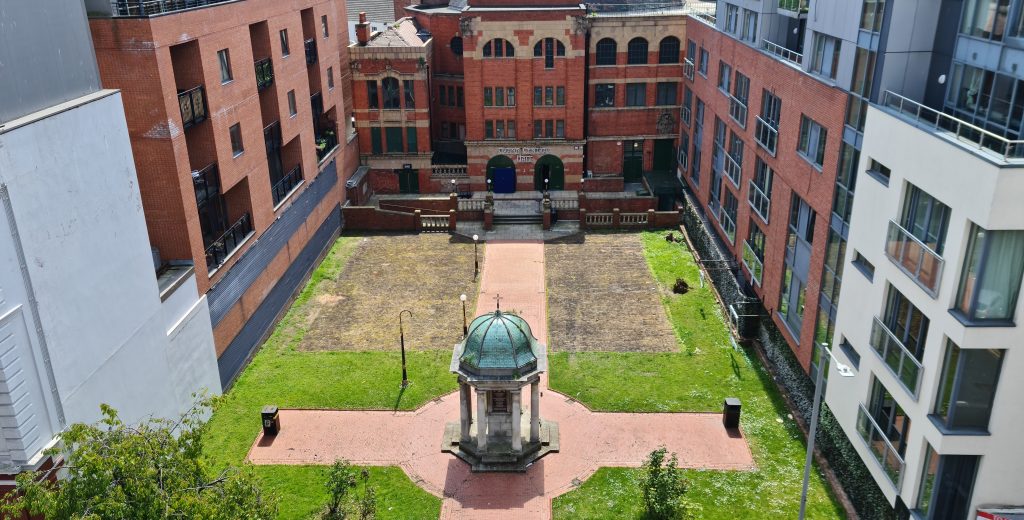 Engage has recently met with residents who overlook Roscoe Gardens (see image above) having been invited by them to learn about the impact recent City Council decisions have made to their quality of life during the covid lockdown.

SCROLL DOWN TO END TO SEE LATEST INFORMATION

Roscoe Gardens Residents Association wrote an extensive letter to their local Central Ward Councillors explaining the situation in which they found themselves and in the preparation of which they did some amazing research. You can read the full letter which was sent on 25th April here.

You can also read here the Statement they released on 30th April. Roscoe Gardens RA Statement 30.04.21

City Centre and Waterfront residents might not know much about this rather forlorn and what has appeared to be at times a rather unloved and unkempt public park. It was formerly the burial ground for generations of Unitarians who gifted the space to the City for the public to enjoy as a tranquil accessible place in a very dense and built-up city centre. It is something of a forgotten space due in large part no doubt to the serious government-instigated budget cuts to the City of Liverpool since 2008.

Recently the burial ground has been licensed by the City Council to a bar in the former Wesleyan Methodist Central Hall that opens onto this public space. Again probably part of the same mentality that wanted to monetise the roof of Central Library with a Zip World attraction (that was successfully fought by local people and national organisations), this outdoor space became the focal point for drinking and socialising that seriously undermined the local resident’s possibility of  ‘the quiet enjoyment’ of their property to which their leases all state they have a right. 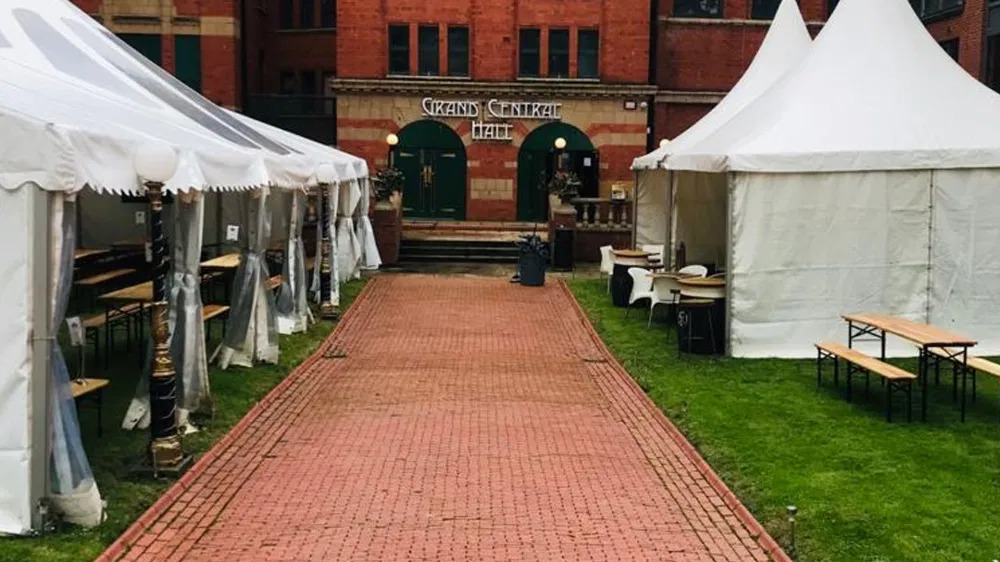 Unlike other places in the city like this one the graves were never disinterred and the bodies remain in the ground. Therefore as responsible and civilised citizens we would want to show sensitivity towards the people and community whose ancestors rest in this location. It has also become something of a focal point for memorialisation of William Roscoe whose name is attached now to the site and whose grave lies within this space.

William Roscoe lived from 1753 to 1831 and was MP for Liverpool from 1806. In 1807 he voted in parliament in favour of the abolition of the slave trade from a city that was known as the ‘world capital of slavery’.  It didn’t make him very popular at home. Roscoe was a Unitarian and belonged to a small circle of co-religionists who made a significant contribution to life in Liverpool. Their chapel on Renshaw Street was opened in 1811 and they moved to more modern and extensive premises on Ullet Road in 1899 donating their burial ground later to the city as open green space. Interestingly Mount Pleasant where Roscoe Gardens lies was also the birthplace of the same William Roscoe. 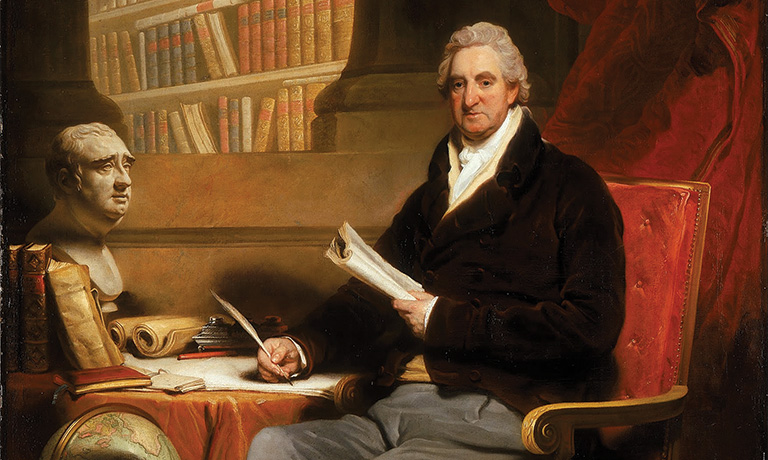 His is a fascinating story especially how his remembrance has shifted over the years allowing changes in civic understanding to change quite dramatically how Roscoe himself was understood and memorialised. But if you are curious about that the best thing you could read is the pdf below from Jessica Moody’s book The Persistence of Memory: Remembering Slavery in Liverpool, ‘slavery capital of the world’ published in 2020, her chapter entitled: ‘The Memorial Cult of William Roscoe – Remembering Abolition’ pp129-154:

In 1905 the Unitarians erected the domed monument (Grade II listed 1975) we see today to commemorate the church which stood near the site and the 367 people buried there. In 1931 on the centenary of Roscoe’s death his family donated all his private papers to the Picton Library and in 1953 at the bicentenary of his birth there was a wreath-laying ceremony at Roscoe’s grave in the Gardens led by the Lord Mayor and civic dignitaries.

The residents around Roscoe Gardens are the most recent humans to occupy this special place and they have a significant heritage of which they can be proud and on which they can build. As well, following the recent covid-related restrictions, the presence of open, accessible and rejuvenating green space has become essential in all our lives but especially in the lives of those who have no outdoor space that is their own. City Centre apartment living has been found wanting and the poor design of apartments has meant that there is little or no access to green spaces for people to enjoy, spend time in, to escape the few rooms of their apartment or for the children to play freely in – as is the case with the families who actually live around these gardens. Most apartments here have no balconies where at least one could stand outside and breath some fresh air. This small ‘pocket park’ must be restored so that nature can thrive there once again.

UPDATE FROM THE CHIEF EXECUTIVE’S OFFICE:

The following was sent in an email dated 01.09.21 and signed by the CEO Tony Reeves and responds to questions submitted by the residents

Please find below answers to the questions you have raised for Liverpool City Council in your attached statement:

1. How did it even come about that a public park and burial ground would be handed over to a private business for so long?

The use of Roscoe Gardens was requested on a temporary basis under the Liverpool Without Walls scheme by the licensed premises Grand Central Hall alongside a Temporary Events Notice (TENS).  See Q8 response.

2. Why did Liverpool City Council fail in its legal obligation to contact the church responsible for the burial ground before even indulging in the thought of changing the use of the land?

Roscoe Gardens is not maintained under the Burials Act, the land was part of a former burial ground transferred to Liverpool City Council (LCC) in 1902 (then Corporation) for the use as a recreational space.   LCC are responsible for the space.  TENS notices are consistent with the use of recreational space.

3. Which council officer or elected official signed off on the Land Use Agreement?

The LCC Streetscene Parks and Greenspaces Manager signed off the Land Use Agreement.

4. Does Liverpool City Council have an explanation for why it has broken the Disused Burial Grounds Act?

LCC does not consider that it has broken this act in its management of Roscoe Garden.

5. Does Liverpool City Council have an explanation for why it has treated consecrated ground with such lack of dignity?

Roscoe Garden sits on land disposed of by the church for secular purposes, namely the use as a public space for recreation.

6. Will Liverpool City Council address the inconsistencies in approaches highlighted above across all departments and its failure in duty of care?

7. Why have noise complaints gone unanswered for this particular business since July 2020?

Noise complaints have not gone unanswered since July 2020. There were three separate complainants who made complaints in July 2020, and one of these complained again in August 2020. LCC also received a further complaint from a new complainant in April 2021.

For the complainants made in July and August 2020, an Environmental Health officer attempted to make contact on each occasion. For one of the complaints, no reply was received to an email sent by the officer to the complainant.

For the other two complaints made in July and the additional one in August 2020, the officer went in person and spoke to the licensee of the venue to explain what noise levels were acceptable during COVID. The officer also explained to at least one of the complainants at that time that no visits were being made to complainants’ properties to witness any alleged noise issues due to COVID restrictions, so LCC was limited in what investigations could be undertaken and any actions it could take.

At the same time of the complaint in August 2020 a log sheet was sent to the complainant in question so that further incidents could be logged. It was requested that the log sheet be returned after a minimum of two weeks and the officer could then review and look at further action if required. To date the log sheet has not been returned.

As such, in summary LCC believes that noise complaints have been taken seriously and investigated albeit in reduced circumstances due to COVID.

8. Under what legal framework was the operation licensed, from the council’s point of view, from July 2020 to December 2020?

The outside area operated under a Temporary Event Notice issued under the Licensing Act 2003, all sales of alcohol were made through the licence issued for Grand Central Hall that benefits from off sale on its licence.

9. Why have yourselves as ward councillors sat by for so long whilst this has happened?

This question would need to be addressed by your Ward Councillors.

10. Why were neighbouring residents not informed by the council of their plans to sequester a public park to a private business in advance, particularly given the impact it would clearly have on lifestyles during the pandemic and lockdown?

Public access was retained during the use of the gardens and signage displayed to reflect this.

11. Why has a public park been left, padlocked up by a private business for so long without intervention from the council, namely January 2021 until April 12th 2021?

Roscoe Garden is opened daily by the occupiers of Grand Central Hall, this is a longstanding arrangement that predates the current occupiers of the premises.  In the early part of the year the premises staff were impacted by covid restrictions and they were unable to open daily.  Outside of these dates they have continued to unlock daily.

12. When can we expect the space returned to the public and restored to the state it should be?

Roscoe Garden has remained accessible throughout the temporary use, the temporary structures were removed by late May and the initial reinstatement of the ground undertaken including reseeding of the grassed areas.

13. Will Liverpool City Council conduct a thorough investigation into how this desecration has come about and endured for so long?

I trust the answers to your questions above address your concerns about actions taken by LCC.

The answers from the City Council clear up a number of issues raised by the residents and enables them to further reflect upon what they hope to achieve in any campaign based around restoring the Gardens to a better use. It seems important to us that these concerned residents have an important point about the current permissions granted by the council for recreational and commercial use of a type that clearly isn’t compatible with close proximity to residential developments. The next stage will probably need to be around Licencing and the environmental improvements for which the Gardens are crying out.