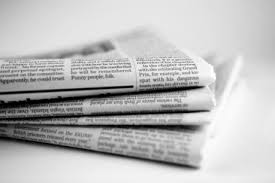 Engage published a press release on Friday 9th October through Kenyon Fraser who are managing media interests during the seminar series.

A massive culture change is required to create the vibrant knowledge-rich residential city centre population Liverpool needs to establish itself as a major economic force in the coming decades. That was one of the key messages to emerge from the first Engage Liveable Liverpool seminar at the Tate.

The annual seminar series offers residents and stakeholders in the city centre and waterfront – the chance to meet with experts in city planning. Their aim is to give residents a voice in the development of the city centre to create better living spaces that encourage people to spend their whole lives in the centre, from cradle through establishing a family, to grave.

At the first seminar of 2015, guest speaker Andrew Carter, deputy chief executive director of Policy & Research for thinktank Centre for Cities revealed that 50% of Liverpool city residents are in their 20s, only 3% are over 65 less than one in five are under 19. In addition 50% are students, meaning the population is constantly in flux.

“The things which made Liverpool and other major cities the powerhouses they were are not what will make them the powerhouses of tomorrow,” said Mr Carter. “Economic success in the coming century will be based around knowledge sharing, which is why the idea of creating living spaces in cities where people can live, raise families and remain into old age deserves serious consideration.

“The population mix currently will not deliver that.”

A vibrant discussion with more than 100 residents also heard contributions from Dawn Coward, planning consultant at Ryder Architects, Mike Burkett, chief executive of Regenda Group and Matthew Ashton, architect with MGMA. A video of the seminar is available to watch at the Engage Liverpool website.

Now in its fifth year, the Engage Seminar Series’ next event takes place on Wednesday, October 14 when a mainly female panel will look at what lessons Liverpool can learn from Paris, with special guest speaker Alessandra Cianchetta, Architect and Planner, Founding Partner & Director AWP office for territorial reconfiguration, Paris.

The seminar will take place at the Women’s Organisation, 54 St James Street from 5.30pm.

For times and venues or to register for a free place, visit the website: www.engageliverpool.com

Engage Liverpool CIC is a social enterprise, run by volunteers who live in the apartments of the Waterfront and City Centre. Its aims are to improve the quality of life for people living in the Liverpool City Centre and Waterfront neighbourhoods, by empowering residents through aspirational engagement and action to bring about positive transformation and progress.

Speakers at the Liveable Liverpool seminars include the following: