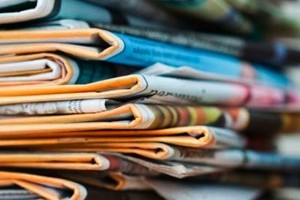 Engage published a press release on Friday 25th September through Kenyon Fraser who are managing media interests during the seminar series.

Liverpool is leading the way in urban strategy, as residents take the initiative in sharing their views with planners, policymakers and experts.

At Liveable Liverpool – a series of special event run by Engage Liverpool CIC – specialists from across Europe will also share their insights into different models and approaches to city centre development and infrastructure.

Gerry Proctor, Chairman of Engage, said: “This is about opening the debate and leading the agenda when it comes to using urban spaces. It’s about the people that live in the city centre taking control of the way it develops.”

Now in its fifth year, the Engage Seminar Series will see four events run from September 30-October 28. This year’s theme is the design, build and maintenance of apartments.

It aims to empower residents to improve the quality of life for everyone living in Liverpool city centre and waterfront neighbourhoods, by bringing them expert views and giving them a voice with which to engage key decision-makers.

“These seminars will give people the chance to access the very latest information and learn from best practice from international specialists how to be the catalysts for positive transformation and progress,” said Gerry.

A social enterprise, Engage is committed to improving the sustainability and liveability of city centre urban life in Liverpool. Its aim is to make the city centre a place where people want to live out the whole of their lives and not just periods as young adults.

“This is the reason we want to learn from international experts,” said Gerry. “The way Europe utilises its urban space sees cities as places that also support families and older people as well as students and young professionals – and they have the infrastructure to support this type of living.”

Engage seminars usually an audience of around 120 residents and stakeholders and for the first time this year there will be a special workshop for families and older people so they can share their views and experiences of apartment living and provide data and insight that may be used to inform architects and developers in the future.

One of the key speakers at Liveable Liverpool’s Seminar One is architect Kevin Logan, Associate Director at Maccreanor Lavington’s Rotterdam office. He said: “I think Liverpool has a great opportunity to take a lead on creating a liveable city centre.

“Typically, planning in the UK is incremental and it is hard to change the planning mind-set but with the huge investment that is coming to the waterfront area of the city, Liverpool has a real chance to do something very different and very beneficial for the community and the city.

“There is a lot of evidence to suggest that creating a city centre with compact, modern living space designed with families or older residents in mind has great benefits economically and socially.

“Compact cities tend to have greater infrastructure which makes living easier but they can also reduce the impact of loneliness and isolation which older people often experience when they become ‘trapped’ in the suburbs.

“Creating spaces that are suitable for families makes it easier for them to access the services and support that parents need to return to work for example and reduces the time taken commuting which has an impact on the local economy and quality of life.

“In the Netherlands, where we have worked on this principle a lot, there are regulations to restrict urban sprawl which means cities are compact. The result is urban space which is more cycling and walking friendly, which carries its own benefits.

“The UK, historically, has taken a more Americanised approach, which has created a more car-dependent cityscape. What is exciting about Liverpool is that the influx of investment in the city infrastructure over the next few years means that it could lead the way in showing other UK cities not only what is possible but how it can enhance every part of city life.”

Engage wants future developments to designed around the needs of all local people, with residential properties better suited to families and older people, with communal spaces and roof-gardens, in an environment with an infrastructure that supports city centre living, including green spaces, accessible education, better ‘movement’ facilities, such as walking, cycling and public transport and improved air quality.

Gerry said: “Sustainability is a key issue, with effective city centre living and an associated infrastructure being the most environmentally and economically sustainable use of living space available.

“This is why local people should attend these events and play a key role in how their city develops now, for themselves as they move through life and for future generations.”

For times and venues or to register for a free place, visit the website: www.engageliverpool.com

Engage Liverpool CIC is a social enterprise, run by volunteers who live in the apartments of the Waterfront and City Centre.

Its aims are to improve the quality of life for people living in the Liverpool City Centre and Waterfront neighbourhoods, by empowering residents through aspirational engagement and action to bring about positive transformation and progress.

Speakers at the Liveable Liverpool seminars include the following: