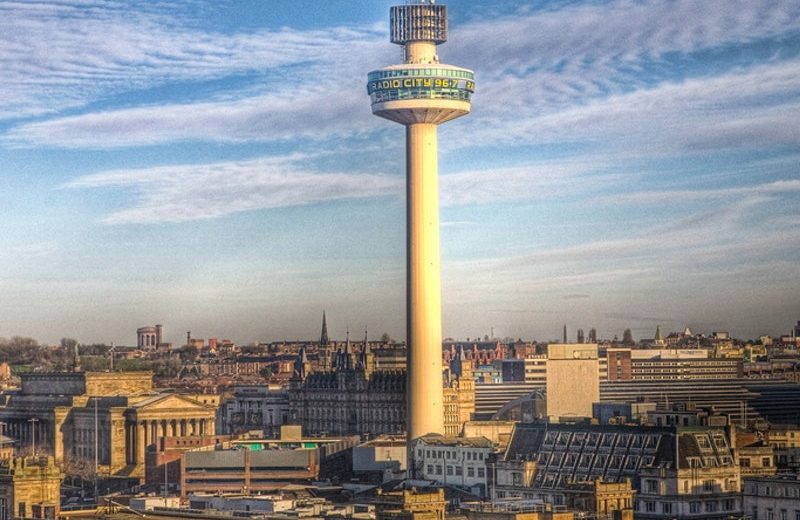 Engage is trying to find out who pushed for Historic England to submit a successful application for the St John’s Beacon to become a Grade II listed structure. But we are delighted. We’d like to thank them publicly for their service and commitment to the residents of the city of Liverpool.

One immediate outcome of this might be to make it even more difficult now for Zip World UK to run another zip wire attraction using that historically significant building as their starting point. There will be many people quietly relieved to hear that.

The full account of the listing is really fascinating and should fill many people with pride and not just those who remember its construction in the 1960s. You can read more about it HERE: Historic England – St John’s Beacon

You might be amazed to find out why our Radio City Tower is now a nationally recognised structure of significant merit. So below are some of the reasons from the Historic England web page.

St John’s Beacon (Radio City Tower), constructed in 1965-1969 to designs by James A Roberts, is listed at Grade II for the following principal reasons:

* its space-age design embodies the technological bravura and spirit of the space age and is a physical expression of popular culture at the time, representing a bold and optimistic 1960s vision of the future after the horrors of the Second World War;

* it is a member of a small and progressive international family of landmark observation towers constructed in the 1960s, and is the only structure of its type in England;

* its elegant tapering shaft, seamless slipform construction and radiating ribs to the underside of the dramatic spaceship-like lantern combine to make a bold architectural and aesthetic statement;

* it is an early example of high-rise slipform concrete construction;

* it was designed by the notable regional mid-C20 architect James A Roberts who also designed the Grade II-listed Rotunda in Birmingham;

* despite some later alteration the tower’s dynamic character and structural integrity survive well.

Engage has been left wondering why there has been little or no reporting of this in our local media. Surely they are aware of last month’s listing? Surely it’s worth celebrating? Thank you to those who have worked to achieve this new listing.