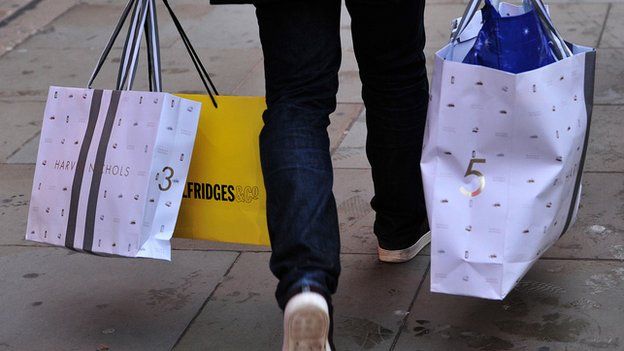 Consumerism: Where did the dream go wrong?

Ahead of our 2016 Seminar Series on participatory citizenship we’d like to introduce you to our expert speakers you can expect to hear from:

Consumer culture began as an ideological dream that people could change the world, says Jon Alexander. But has it gone too far?

These words make up the voiceover of the most important advertisement ever made.

The ad didn’t just announce the arrival of a computer the Macintosh, or even just the arrival of Apple as a brand, but something far more significant:

In the 90 seconds that this ad took to play out, in the first commercial break of the 1984 Superbowl, the voice of Apple declared that the Consumer had come of age, and was now the dominant force in society. All would bow before them – or rather us – and provide us with whatever we wanted, or suffer the consequences. And that this would release us from the tyranny of oppression. Taken in the context of the Cold War in which America and the West now finally had the upper hand, it is hard to overstate the ideological significance of this moment.

Further events built on this declaration that year, reinforcing this revolution and painting it as a golden dream – a dream of a world in which we the Consumers will not only get everything we want, but will solve the world’s problems by doing so. The Body Shop floated on the London Stock Exchange, bringing the idea that we can shop to save the planet. With Band Aid, Bob Geldof and friends told us to shop to solve global poverty. And the Los Angeles Olympics, the first to be funded by commercial sponsorship, promised us that shopping could even fund global sport and culture.

We could, it seemed, have it all. So what went wrong?

The truth is this: despite all its promise, the idea of the Consumer is killing us. And before it does, we must kill it.

I can perhaps best explain why the golden dream went so wrong by describing one of a series of recent experiments that have explored the effect of this word on our behaviour.

The simplest was a survey of environmental and social attitudes and values. The group taking the survey was split in half. For half, the front cover said Consumer Reaction Study, for the rest, Citizen Reaction Study. No specific attention was drawn to this and there was no other significant difference between the two groups; just this one word. Yet those who answered the Consumer Reaction Study were far less motivated to care about society or the environment.

That pattern has been seen elsewhere, and the only possible explanation for the difference is the unconscious effect of merely being exposed to the language of the Consumer as a prime, a kind of mental framing of the task at hand.

Here’s the thing – nothing is “just a word”. Language is the scaffolding on which we build our thoughts, attitudes, values and behaviours. And as we do so, we would do well to recognise that the Consumer is a deeply dangerous place to start.

Because what looks at surface level like a word is in fact a moral idea, an idea of what the right thing is for us to do in our daily lives. This word Consumer represents the idea that all we can do is consume, choosing between the options offered us, and that the morally right thing for us to do is to pick the best of these for ourselves, measured in material standards of living, as narrowly defined individuals, and in the short term.

As such, what we do when we use this language is prime ourselves to think in this way, cuing this moral idea. And when we do that, we become more selfish and more short term.

This might explain the results of the experiments – but now think what happens in our real, day-to-day lives. We cue this moral idea of the Consumer somewhere between 1500 and 5000 times a day, depending on whose statistics you trust. Every time you see an advertisement, every time you hear national success measured in Consumer Confidence, every time you read an article that talks about consumers. And it’s inevitable that – unconsciously – we start to internalise this idea. We start to believe that, yes, we are Consumers, and yes, the right thing for us to do is to get the best deal for ourselves, measured primarily in material living standards of living, judged by us as narrowly defined individuals, in the short term.

What then happens is that the Consumer starts to infuse not just how we behave when we shop, but how we behave in every aspect of our lives. It becomes not just one role among many – consumers, parents, citizens, shareholders, and so on – but a kind of meta-role, a dominant idea that sits above those roles and affects how we fulfil each and every one of them.

Perhaps the most significant effect of the dominance of the Consumer has been on politics. Here, the idea of the Citizen has arguably become meaningless in the face of the Consumer. Policies are researched in market research focus groups, just another Consumer product. Parties target key audiences with specific messages, trying to win votes like Consumer market share. Voting, the act of consumption which used to be considered a minimum for participation, has become instead the maximum.

Most important of all, the way we vote has subtly but significantly shifted in line with the logic of the Consumer. The original principle behind the vote is that each individual has their own perspective on what is best for the society as a whole, and the right and duty to express that view as a contribution to the collective exploration of the good of the society. This idea has always competed with the more narrowly self-interested element of our nature. But the idea that we might vote for what is best for the society as a whole now seems naive, ridiculous even. We are now expected to vote not as Citizen participants in a society, but as narrowly self-interested Consumers of society.

And when we do, electing our representatives as Consumers, they represent us accordingly, and our national politicians attend the international stage with the same logic – seeking to get the best deal for the individual nation, measured primarily in material living standards of living, judged by narrowly defined individuals, in the short term. When we bring this idea of the Consumer to bear on big, collective challenges, we are doomed to fail before we have even started. This is not a logic with which we stand any chance of solving climate change or global poverty.

Back in 2010, I was working in advertising, and started to develop this thinking – which was fun, as you can probably imagine. I had a conversation with one of the partners at the agency I was working for, and he said, “Maybe you’re right, but what can we do? Consumerism is human nature. It’s evolution. Selfish is what we are.”

But I don’t think that is right. Self-interest, competition and the desire for status are of course part of human nature. But they’re not the whole of human nature. Collaboration, affiliation, and empathy seem to be just as important to the miracle of evolution.

And I find reason to be hopeful in the age of the internet that we are really only just entering.

Since the late 1950s, the age of television, a one-to-many medium has shaped how we interact as a society. We had a certain freedom – the freedom to choose between what’s offered. But in the age of the many-to-many internet – potentially – we can have a bigger freedom. We can shape the choices, not just make the choice.

Of course there is another world of the internet, that of the most extensive and most intelligent marketplace, where the choices of the Consumer age proliferate beyond all possible belief and where we can always, always find something we want to consume.

And so today we have a real choice. We can understand that the Consumer is a powerful moral idea, a pervasive meta role, and not just an inert piece of language. And then we can do something about it. We can reclaim a different morality, a bigger sense of what it means to be human. We can become participants in shaping the context of our lives, working together and expecting more of one another as we do so.