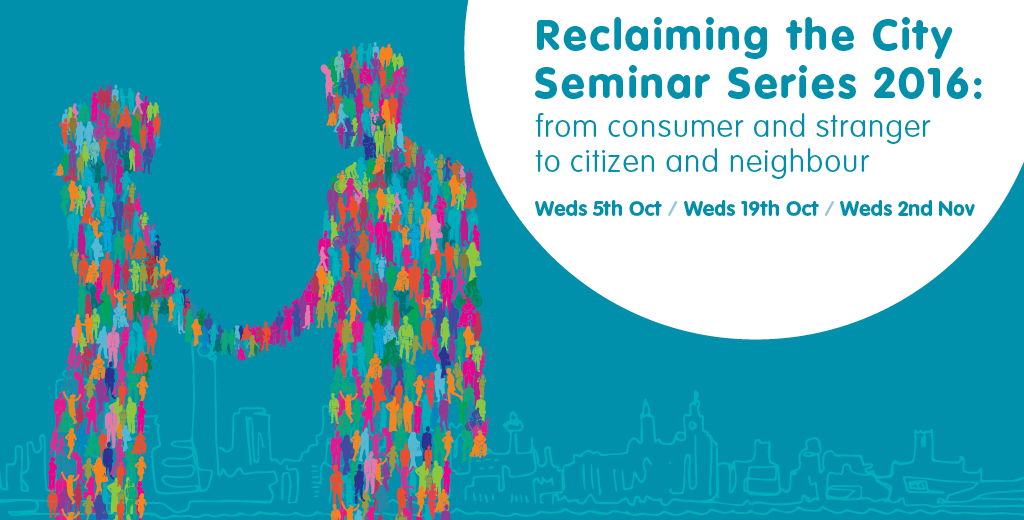 In 2016 we held a series of 3 transformational seminars, designed to empower people in the City Centre and Waterfront and bring about a more engaged and active populace.

City centre residents have been defined for too long simply as consumers rather than citizens. Apartment design also means we are designing-in isolation and loneliness creating strangers rather than neighbours.

We want to change that!

And Engage knows only too well that participatory democracy has to be fought for and so we want a shift from consultation to collaboration.

Engage’s Seminar Series 2016 focused on these issues, over a series of 3 public discussion events.

Our National speaker will be the inspirational Jon Alexander from the New Citizenship Project who will start the series, followed by international speakers Atanase Perifan the founder of European Neighbours Day  and Dr Christian Iaione, Professor of Public Law at the Marconi University in Rome, who will deliver the final seminar about the new processes that people are using to bring about real change in Bologna and other Italian cities.

Since its foundation Engage has worked to empower people in the City Centre and Waterfront and bring about a more engaged and active populace. We want residents to have the confidence and the desire to be the change they want to see. In 2015 Engage tried bringing together residents and businesses in a Neighbourhood Forum on the Waterfront. Senior City Council politicians and major business leaders succeeded in rebuffing those efforts without offering any constructive way forward. The views of local people were simply cast aside and not used to help find a constructive way forward.

Residents aren’t going to go away because we live here! So our seminar series in 2016 will explore what it means to be both citizen and neighbour and will endeavour to empower people to participate in creating their own future together.

LINKS to the Seminar Series:

The Centre for  Citizenship and Community at UCLAN
Participatory City
How do you create a city for all? The Guardian 02.12 15
100 Urban Trends from The Guggenheim Lab

Article on The City as a Commons

Does democracy matter to us?

The City Belongs To Us All

The Idea of The Commons is catching on

About the Speaker: Dr Christian Iaione

VIDEOS: Reclaiming the City Seminar One

Citizen Links from Seminar One

Participatory City Is Right Up Our Street!

Reclaiming the City: from consultation to collaboration

Reclaiming the City: from stranger to neighbour

Reclaiming the City:  from consumer to citizen

About the Speaker: Jon Alexander

Consumerism: Where did the dream go wrong?