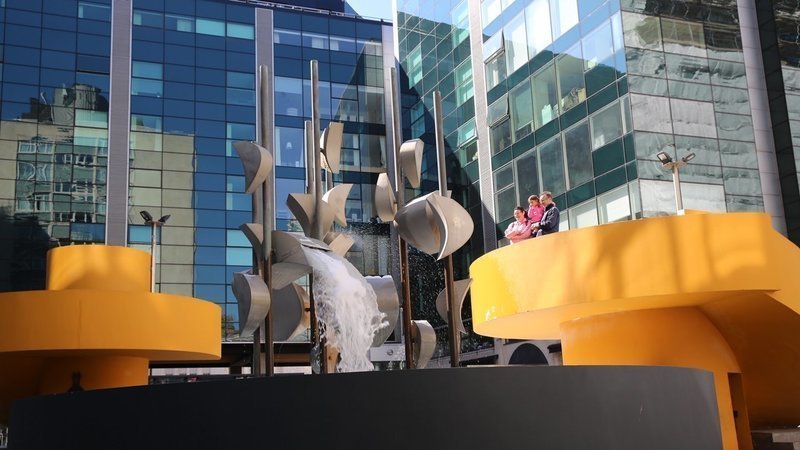 The Friends of the Piazza (Bucket) Fountain have been so successful with their first petition to Save the Bucket Fountain that they have now launched a second petition to take their campaign to the next level. And that is to take their beloved fountain back into public ownership.

It is crazy that the council decided to give a private developer a long lease on a public open space that contained what is now recognised as a national monument worthy of listing. This was all done to enable the preferred developer to submit plans for a hotel on the plaza that would mean the removal of the fountain. Those plans were challenged by the ordinary citizens of Liverpool who fought back against the idea that we could go on selling off our precious public open spaces. (See The Voice of the People article for further information)

Those plans were really sunk when the developer was suddenly arrested last year (18.12.19) along with the Director of Regeneration at Liverpool City Council  on suspicion to defraud, bribery and corruption. However though the fountain may not get moved now, and we believe it is safe and secure for the future, it is still owned by the developer who is currently using it to threaten and intimidate the residents of Beetham Plaza with excessive service charges supposedly for the upkeep of the water sculpture. (See Take Back Control article for further information)

That is why the Friends of the Piazza Fountain have launched a petition to ask the Mayor of Liverpool Joe Anderson, Liverpool City Council, the Chief Executive Tony Reeves and the local Riverside MP Kim Johnson, to do the right thing and bring the fountain back into public ownership so that we can start to raise the funds necessary to repair and restore the fountain to its former glory. There should be no delay in removing what everyone can see was a wrong and possibly corrupt act of favouring a developer known to have a close relationship with the city’s Regeneration Department and elected Mayor.

Please put pressure on them to get this decision reversed and to bring back the fountain into public ownership NOW! Sign the new petition TODAY!

Support from the Art in Liverpool website for the campaign HERE