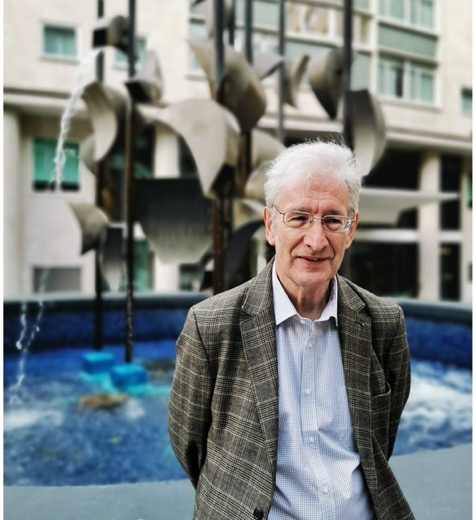 Dr Richard Moore (above seated at the Bucket Fountain) spoke at the Merseyside Civic Society event Wednesday night (15.05.19) at RIBA North at Mann Island to a capacity crowd about the magnificent fountain in Drury Lane at Beetham Plaza known officially as the Piazza Fountain but to locals as the Bucket Fountain.

It was an amazing evening and Dr Moore gave a thorough and engaging presentation about the history of the fountain and it’s designer Richard Huws. It is the last example in the world of the work of this extraordinary engineer and artist who was a former lecturer at the Liverpool University School of  Architecture. The audience was left in no doubt that the current location of the fountain is undoubtedly the very best place where it could be located.

At the end of the meeting a show of hands was asked for to see how many of the audience supported the proposal that the fountain should remain in it’s current location and the result was unanimously in favour! A number said that they had come thinking it would be ok to move it elsewhere but after  hearing the arguments about why it was situated in the formerly named Goree Piazza, now Beetham Plaza, they had been convinced that it should stay put and not be moved as the developer wants and Mayor Anderson supports.

Next week on Thursday 23rd May 2019 from 6.00-7.30pm at Stay City Aparthotel, Drury Lane, Liverpool Friends of the Piazza Fountain are holding a campaign meeting to increase the level of support for their efforts to keep the fountain in it’s current location and to maintain it in the future. You can register for the campaign meeting HERE and you can download the pdf of the campaign meeting flyer HERE.

Power Point Slides by Dr Richard Moore for his talk on 15.05.19 at RIBA North HERE

Another great letter of support this time from Cammell Laird who built the fountain HERE 19.05.19

Further information about the campaign and the bucket fountain HERE  Engage website 02.05.19

The Google Maps image of Beetham Plaza below shows clearly the site where the developer wishes to build his boutique hotel and where the Mayor is in favour of removing the fountain to another site which would then enable the hotel to be built. Is anyone (except the Mayor and perhaps the Planning Department and Committee) in any doubt what a gross over-development of an already densely built up area this application involves?  It clearly shows how the currently open and sunlit piazza would be turned into something deep, dark and dingy – and all this within Liverpool’s main Castle Street Conservation Area and World Heritage Site! 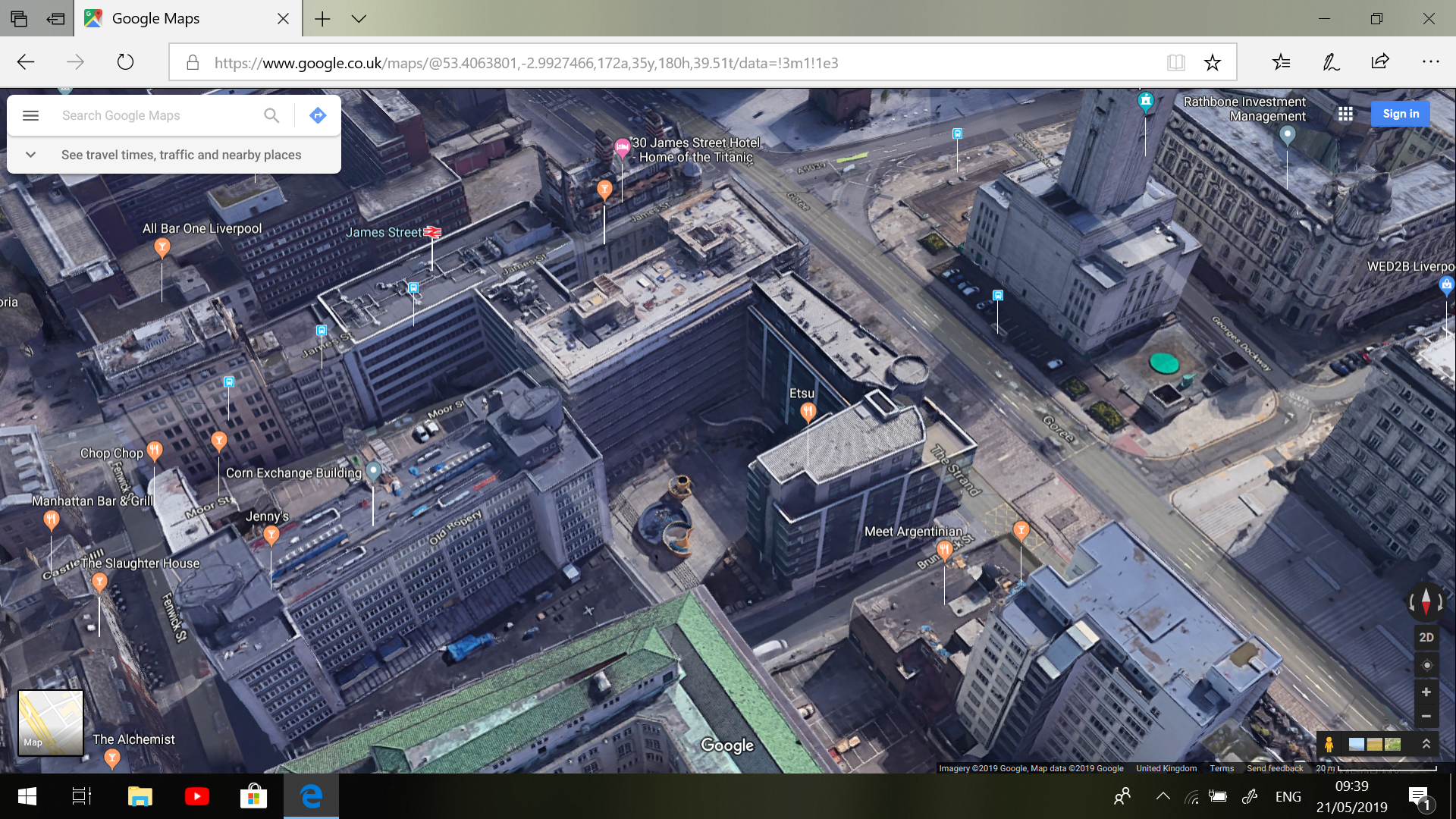 HOWARD SKEMPTON is a composer who wrote a musical piece inspired by the Piazza Fountain which he called ‘Piazza’. It was performed on the BBC but the recording is no longer available to the general public but we have made a request for it through BBC Radio Merseyside but have as yet received no response.

Howard wrote a lovely email to the Friends of the Fountain group and this is part of that communication: