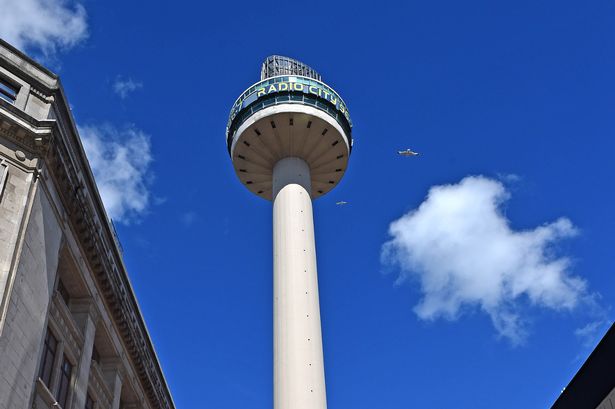 Liverpool City Council’s Planning Committee (30.06.20) passed a proposal to install a zip wire attraction starting on the second floor of the landmark St John’s Beacon (or Radio City Tower, which was opened by the Queen in 1969) and terminating on the roof of the restored and redesigned Central Library (re-opened in May 2013) situated in the Culture Quarter of the World Heritage Site.

Despite serious and numerous objections to the planning application approval was given by a majority of Labour councillors at the Planning Committee. The following councillors voted to approve the application:

Councillors voting against were:

Those following this controversy on social media will have noticed that on Twitter and Facebook comments are overwhelmingly negative and disapproving of the zip wire. Two petitions have been started, which is not surprising in this politically polarised city, one by Richard Kemp the Lib Dem leader of the opposition and another by Nick Small Lab councillor for Central Ward. It would have been good to have been able to unite and agree on a common position. You can follow #StoptheLiverpoolZip.

One remarkable moment in this saga has been the support of two of the City’s MPs which is surprising really and much to be welcomed. It is rare for Labour MPs to oppose a decision which evidently has the explicit support of the Mayor and the Regeneration Department, but Kim Johnson MP for Riverside and Paula Barker MP for Wavertree have both signed a letter sent to the company behind the application ZipWorld for which we are most appreciative and grateful. The letter states that they wanted ‘to place on record our concerns and dismay‘ and they went on to say that ‘such a decision demonstrates a disregard for our city’s heritage and as such we believe everything must be done to review the proposal and think again.’ They refer to the idea as a ‘gimmick‘ and describe the Independent newspaper’s description of it as Disneyisation as ‘accurate’. (Continue below image of proposed zip wire landing at Central Library) 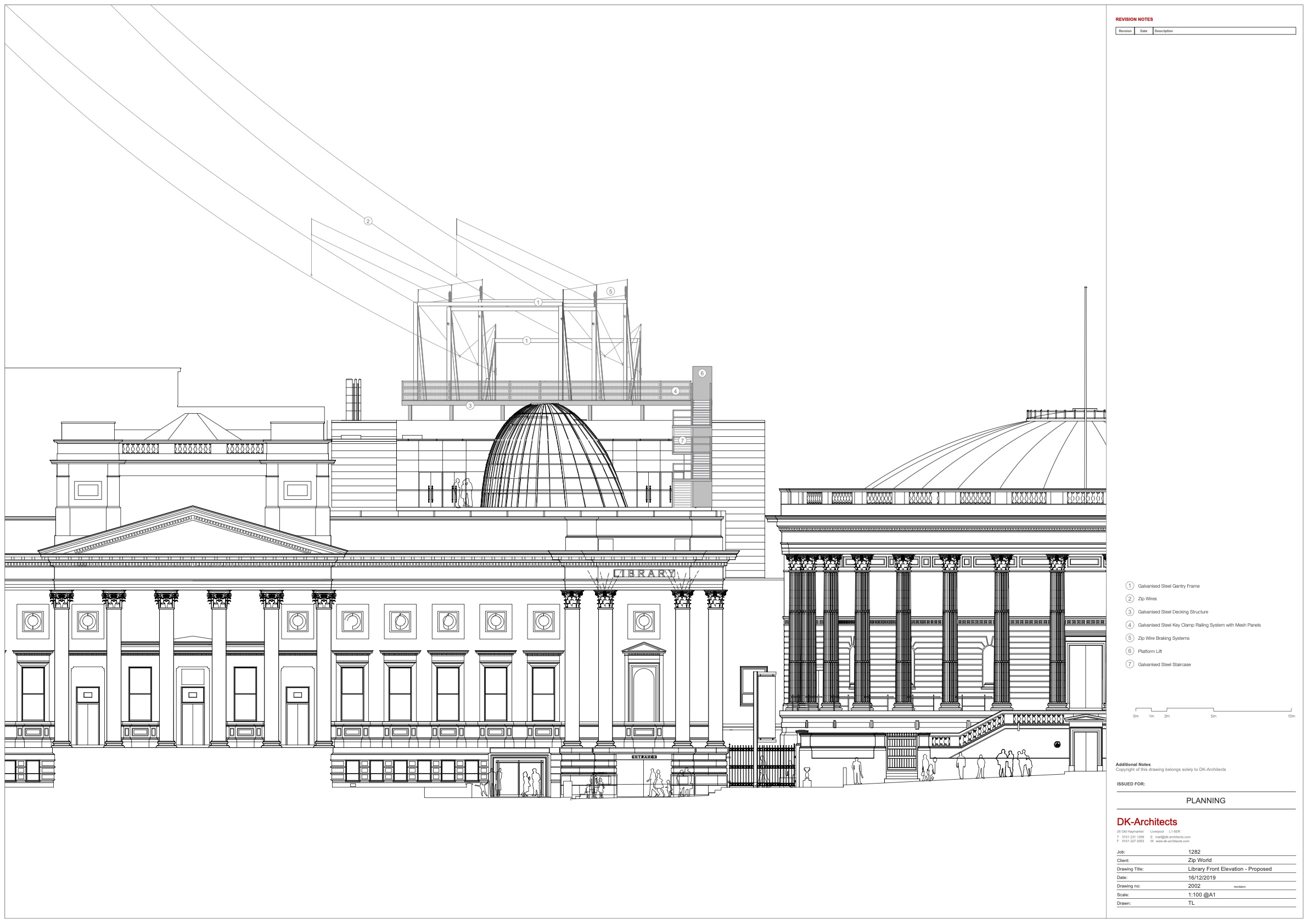 An issue that hasn’t properly come to light is the impact of the proposals upon the functioning of the library internally. People have rightly complained about the loss of an architectural aesthetic in the Conservation Area and World Heritage Site, and also the clear noise pollution of the peaceful St John’s Gardens not to mention the turning of the city centre into a theme park which cheapens and trivialises the great cultural offer – particularly ironic siting it in the denominated Culture Quarter! But do we really want to see the infrastructure required for the zip wire operation not only on the beautiful and tranquil roof garden of the library but also on the ground floor displacing what is currently there and adding a very different vibe to a much appreciated atmosphere which is conducive to quiet study, reading and reflection.

It is so hard to imagine how on earth anyone thought this was a good idea in this location. The previous zip wire down the centre of Church Street was a great addition to the city centre in the summer months but this is simply ridiculous. The decision must be opposed and overturned. Liverpool has already suffered serious reputational damage with the arrest of the Head of Regeneration and a major developer in the city and also with the collapse of Signature Living but to add to that our own elected councillors turning us into a national laughing stock – this calls for someone serious to take control and restore our dignity and national and international reputation. Step forward Chief Executive Tony Reeves.

There are other Engage articles well worth reading: Zip Wire: an in-depth analysis  and also Zip Wire – alternative sites