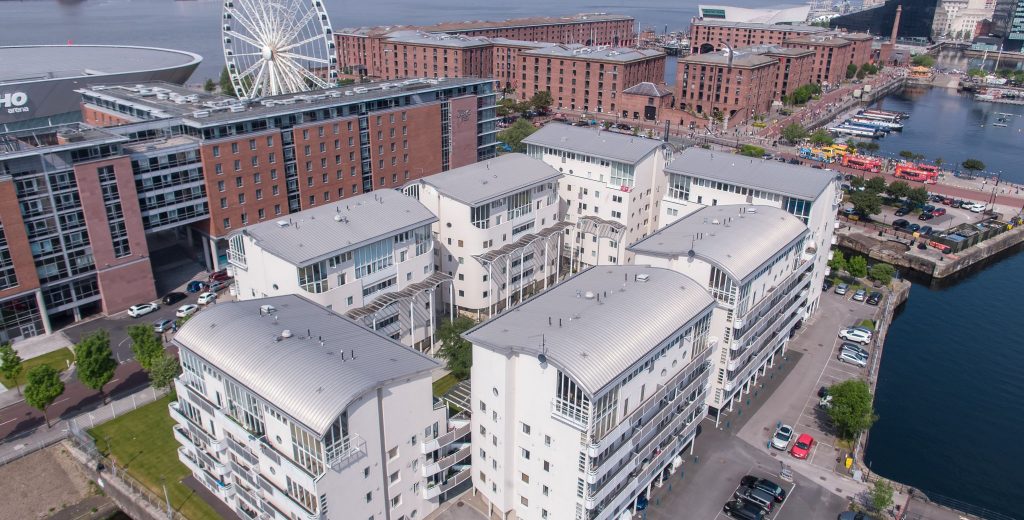 This article was first published some months ago but since then Tory MP’s have consistently voted against protecting leaseholders from the enormous costs of rectifying the cladding problems affecting many apartment complexes across the country and in Liverpool. We are aware of deep frustration and anger among local leaseholders. Scroll down to read the latest reports published in the media.

With an extraordinary fight on their hands leaseholders and residents at Royal Quay on the waterfront are facing the most devastating consequences in the aftermath of the Grenfell fire disaster in London. The impact of the ensuing cladding scandal is felt across the country as apartment owners are served with huge unpayable bills for fire security and cladding replacement.

Royal Quay is one of a number of apartment complexes in Liverpool and the north west searching frantically for some solution to their problems. We must remember that we are talking not so much about ‘property’ but about people’s homes and livelihoods, in some cases their entire savings have been invested in their purchase of an apartment. Royal Quay Directors have now gone public with their full and honest assessment of the reality they are living through. And it doesn’t make easy reading.

With eye-watering increases in insurance demanded by risk-averse companies, and charges for renewing  and updating fire alarms that would shock anyone, and added to that the cost of commissioning a feasibility study which is  necessary before a complete cladding refurbishment of the entire 200 apartment complex can be undertaken at immense cost. And what about how to manage in the meantime with the demand by insurers of the employment of a Waking Watch in case of a potential outbreak of fire in the building which comes in at a cost of tens of thousands of pounds. It is to lower these charges that residents at Royal Quay are volunteering to be part of this 24hr requirement in order to bring down the cost to everyone. Included in these heroic and generous people are NHS doctors and nurses coming off work in our Covid-hit hospitals to then give more time and energy to making sure that where they live is safe and secure for all residents.

If there is no funding made available for a problem that is not of their making but has its roots in the builders and planners who passed this material as safe, and it doesn’t look as if the government funding announcements will come anywhere near what is needed at Royal Quay, we could be looking at the first blocks of flats on Merseyside to be declared uninhabitable by the fire brigade with the consequent loss of homes for around 400 people including bankruptcy for many and homelessness for others. How would this look on our world class waterfront as an abandoned building on the edge of the UNESCO World Heritage Site overlooking the Royal Albert Dock?

These amazing leaseholders are doing everything they can to try and save their buildings, homes and investments. Any support or ideas that you can think of will be gratefully received by the Directors at Royal Quay and they have tried everything so far that they can imagine will help their cause. With no success.

This feels like a problem that can only be resolved by a combination of local and national politicians. And there we encounter another perhaps insurmountable problem! Maybe our collective action and support for these residents can bring the necessary pressure to bear on these people who are elected into office to serve the common good and find solutions to the difficulties that ordinary people are incapable of resolving alone.  Local elections are due in May will you ask the questions of the candidates that need asking? Can you write to your politicians asking what they are doing at Westminster?

LATEST NEWS ON THE CLADDING SCANDAL: