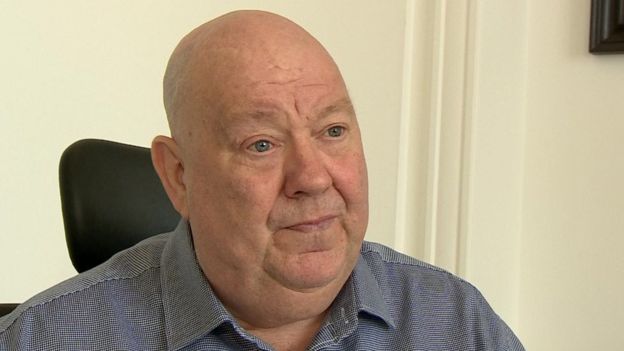 BBC website is reporting that Mayor Anderson once again is pitting development against heritage in his bid to support the Everton FC stadium proposals for Bramley-Moore Dock. He invites UNESCO to visit the city which of  course they have done.

Engage invited the Head of the European and North America Desk at UNESCO in Paris Isabelle Anatole-Gabriel to speak in Liverpool and during her visit (04.10.17) we took her to visit Bramley-Moore Dock and explained clearly the proposals regarding the stadium plans and we also ensured she met the members of the Mayoral Task Force who had an interest in meeting her and the other UNESCO speakers we brought that year.

Last year Engage invited speakers from three UNESCO WHS cities – all of which were port cities – to explain how they managed to promote development alongside heritage and that not one of them found their city had been disadvantaged by being a UNESCO WHS city. We had the Mayor of Strasbourg as well as architects from there and Bordeaux and Hamburg. All agreed that development, progress and regeneration went hand in hand with preserving and protecting their heritage for future generations. In fact what the hundreds of people saw during the seminar series was impressive development taking place in disused areas of their port facilities.

“It is more important we secure a future for our city… for our grandchildren… and protect our city than protect a derelict site.” The BBC are reporting this quote from Mayor Anderson and it is extremely disappointing that he continues to state the false proposition that UNESCO want to ‘protect a derelict  site’ while he wants to ‘secure a future for our city’. The reality is UNESCO want to see development on the Bramley-Moore site that is consistent with working around the impressive and unique historic dock structure. In reality Everton FC could build their stadium anywhere including on other parts of the Central Docks site should they want to.

Our UNESCO status is the one thing that immediately sets us apart from all our city rivals outside London and is respected by business leaders the world over – except in Liverpool. Ask Manchester if they would like to have WHS status and ask why the Lake District worked so hard to get it?

The BBC reports that Frank McKenna of Downtown in Business said Liverpool would be better without World Heritage status. “The row we have with them now on an annual basis is actually more damaging to the city than any benefits we get.” He is quite right of course. It makes us look ridiculous. UNESCO is respected and understood all over the world and their regulations protecting heritage have not stopped regeneration anywhere. Any damage caused to this great city is purely self-inflicted and the direct result of an agenda that always gives priority to developers regardless of the merit or quality of their schemes.

While Liverpool attempts to lose its UNESCO WHS status the English Lake District has been busy becoming a WHS (9th July 2017 read about it HERE) and for 10yrs Manchester University has been trying to get Jodrell Bank declared a WHS (decision to be made Sunday 7th July 2019 at 43rd Session of UNESCO World Heritage Committee in Baku, Azerbaijan, read about it HERE). It seems everyone around us values it except ourselves. Liverpool became a WHS on 7th July 2004 – will we still be one in 2020?

Historic England’s NW Regional Director Catherine Dewar wrote a letter to the Echo HERE that was not published in full but was edited to remove certain positive statements from Historic England about the Liverpool WHS and instead of allowing the letter to stand for itself it was turned into an article where the Mayor was enabled to make a response and given the last word.

A further Echo article appeared on 12.07.19 ‘How Everton’s new stadium can change and save lives in North Liverpool’ HERE which is a report prepared for Everton FC by Prof Erik Bichard.

Further news from Everton FC was published in the Echo tonight 15.07.19 entitled ‘Everton to take new Bramley-Moore dock Stadium proposals to the House of Commons’ HERE