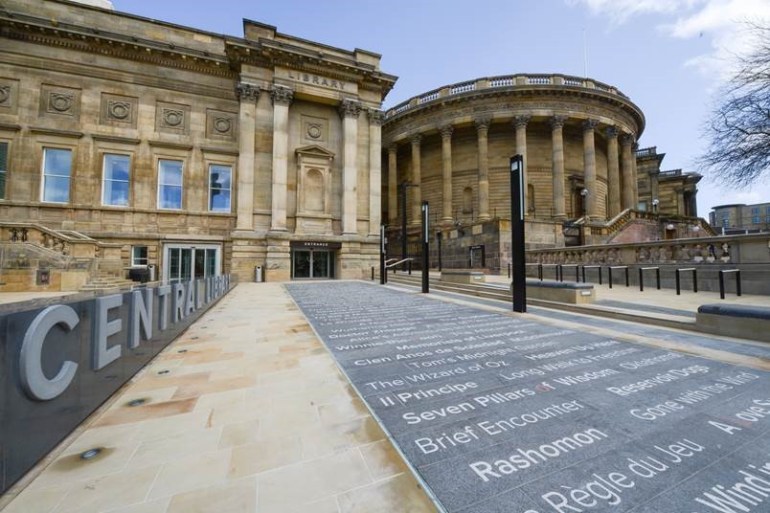 Zip Wire to go ahead in another location

Mayor Joe Anderson has decided that ZipWorld UK will no longer be invited to use the roof of the Grade II* listed Central Library and pass close by the Grade I listed St George’s Hall right through the beautiful and sensitive St John’s Gardens all in the UNESCO World Heritage Site.

He has invited ZipWorld UK to work with him to discover another location for the visitor attraction, which will start in St John’s Tower, and that a certain number of businesses and a minority of residents seemed determined to bring to Liverpool. However the majority of people who have become involved in this process have been opposed to what the Mayor wanted and his Planning Department and Planning Committee gave him permission to deliver on this site.

One significant lesson from this is perhaps that no city should ever allow such a sensitive, historically and culturally significant part of the city to become embroiled in such a controversy without first having undertaken a major public consultation process that would immediately have shown the level of opposition to this proposal. Engage has often been party to these processes and have, under previous Heads of Planning, even been invited to organise such events for developers and others. In this case we were never told about these proposals and never invited to take part in any pre-application process of consultation. That is sadly a conscious decision at the highest level of the Council and it shows a serious disregard for the views and opinions of ordinary citizens.  It sends a signal that this city is run by and for those who exercise power whether political or economic and other voices simply ‘get in the way’.

This issue will however not be fully laid to rest until the Victorian Society and the High Court has received a formal letter from the Mayor and Council revoking the planning decision and therefore making the Judicial Review null and void. At the time of publishing this article that had not happened to our knowledge.

Engage wants to thank all those who took part in the campaign to protect this valuable city centre asset particularly those who started and ran the Stop the Liverpool Zip campaign. We are also grateful to those who had faith and confidence in Engage to host articles concerning the serious issues being raised about the plans to put a Zip Wire into the heart of this part of the UNESCO World Heritage Site.

Another serious reflection is that one has to ask why the Council allowed such a divisive campaign of support to be launched using language that was both derogatory and insulting to the many good people who simply had a different point of view and held the city’s heritage in higher regard than those who wanted to see the zip wires installed on the library roof. Creating such divisions in the city comes straight out of the Trump playbook and should have no place in our politics. One can also only hope that business leaders in the city from Downtown Liverpool to the Liverpool BID Company will reassess the position they took and start to re-build a more constructive relationship with the city’s resident population. Engage is ready to engage!

All of this unpleasant recent reality should cause the elected members of the City Council to reflect upon the way politics and civic life is being done in Liverpool and it would be great if there was to be a review into the way so many decent and generous people have been forced in recent years all over the city to engage in hard-fought campaigns taking over hours, days, weeks and months of their lives, as well as their financial resources, to simply keep the best this city has to offer for our and for future generations and not allow it all to be squandered by political decision-making deemed by many to be unacceptable. We fear however nothing of the sort will happen. We’d like to be proved wrong.

Liverpool owes a special gratitude to the Victorian Society for their decision at a national level to commence a Judicial Review against our council’s decision to grant planning permission to ZipWorld UK. And also to Richard Hill, an architect whose love of the city and its rich architectural heritage led him to put in hours of work to research the full implications of the planning decision. And finally a big thank you to the famous names written in stone on the wall of the library’s archive extension who gave their approval to the Open Letter against the decision. We will remember those who stood with the people of the city in opposing this decision even though many people said there was no chance that the Mayor would change his mind. Well they were all proved wrong!

Engage sent this morning a series of questions to Chris Walsh at the City Council asking for them to be submitted to the Culture, Tourism and Events Select Committee for consideration at their meeting next week on 9th September:

You can read all the articles that Engage published about the Zip Wire proposals here: